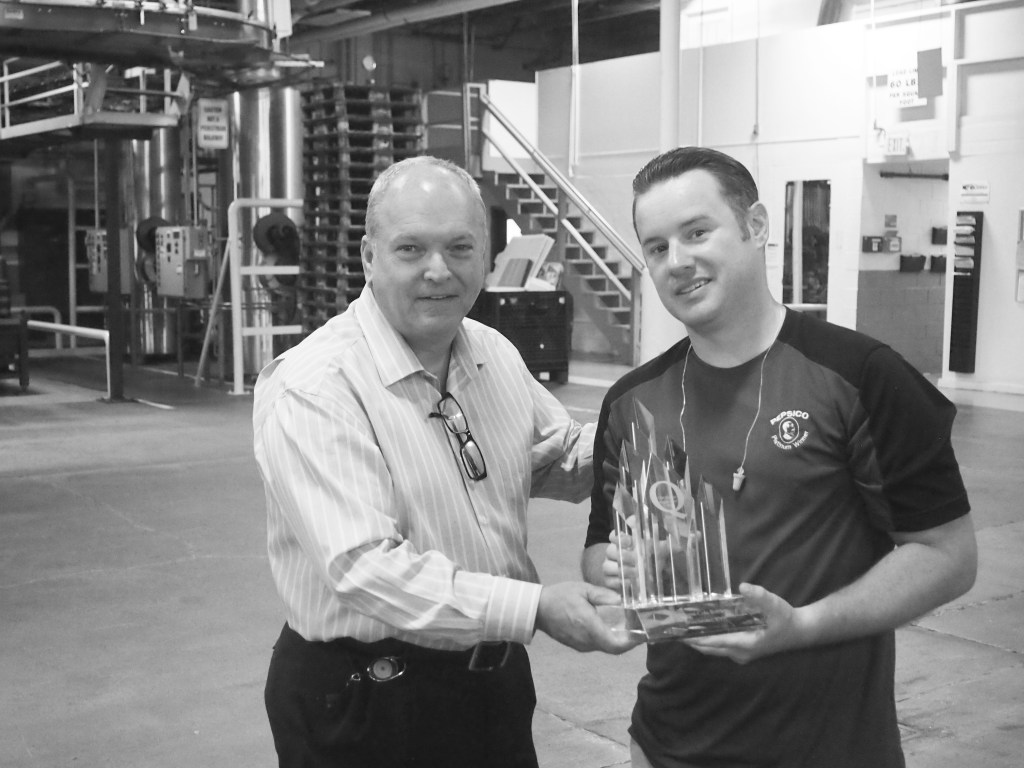 This award is given to the production facility that maintains the highest product quality standards in the PepsiCo bottling system. In the 10 years since the award’s inception, the Winchester facility has received the platinum distinction twice, having won in 2013.

Notable achievements that contributed to the award:

— The Winchester facility scored a superior rating on its annual food safety audit by AIB International, the accredited certification body.

— Of 5 million cases produced in Winchester in 2016, the facility received fewer customer complaints than almost every facility in the world elevating G&J Pepsi to “world-class level,” according to representatives of PepsiCo’s quality control team.

The awards annually recognize the top performing PepsiCo manufacturing sites around the world in regard to exceptional quality & food safety. There are three levels of awards — gold, silver and bronze. Plant performance is assessed against defined criteria and assigned an appropriate level of award where criteria are met. In addition, PepsiCo identifies the six highest performing plants in the world to be named as platinum award winners.

“It’s so rewarding to be recognized for our quality product, systems and processes. But it’s the quality of our people that makes our Winchester facility special,” said Steve Kaplan, G&J Pepsi’s Senior Vice President of Operations. “That quality is reflected in the product we put out in the marketplace and in the product that our consumers are buying. Every team member has a played a part in this special recognition.”