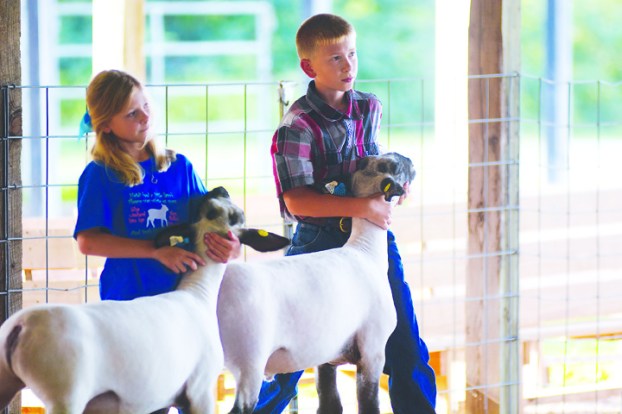 Heidi and Charlie Castle competed against each other Tuesday night at the 4-H youth livestock show. (Photo by Seth Littrell)

The event allows students to show and auction off animals they raised over the past year. The money raised through the sale of the animals helps to fund the educational program through 4-H and FFA, and helps cover costs associated with raising the student’s animal or raising a new one next year.

The show was smaller this year than it has been in the past, with only two hogs and four lambs taking part in the program.

Kullan McIntosh raised a 134 pound lamb that was named champion in its class. The reserve champion lamb was raised by Jayde Cantrell and weighed 142 pounds.

As flood waters continue to devastate the residents of Houston, Texas, Kentucky Bank is starting a fund to help deliver... read more