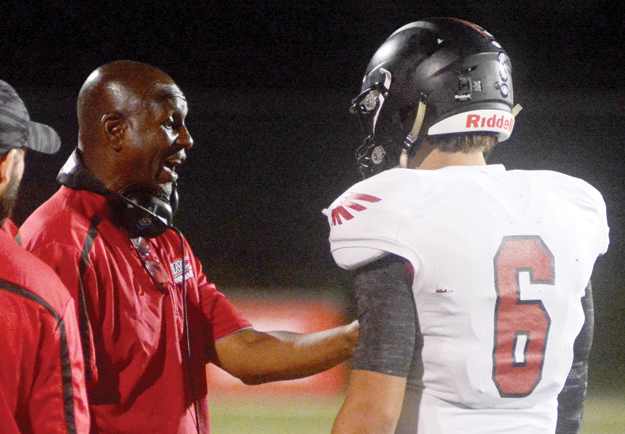 When the George Rogers Clark High School football team visits Mount Sterling tonight, the Cardinals will be looking for their third straight victory this season — and second straight against rival Montgomery County.

With a win, the Cardinals will have won three straight games — all on the road. After dropping the season-opener to Anderson County in Winchester, GRC has defeated Harrison County and Dunbar in subsequent weeks.

Now the Cardinals look to extend that streak and a streak over their rivals. GRC won last year’s meeting between the two teams, 28-14, at Cardinal Stadium.

The last time the Cardinals visited Montgomery County was in 2015, and the Indians won a rainy, turnover-filled game, 13-12.

The Indians were scheduled to play last weeks’ game against Harrison County in Cynthiana, but predicted weather forced officials to move the game to Sept. 2 in Mount Sterling.

The Indians won, 36-14, behind 114 yards rushing  and two touchodwns by Charles Collins on 10 attempts and the passing combination of quarterback Trey Ishmael and receiver Pharoah Davis, who connected three times for 86 yards and one score.

They have their work cut out for them. GRC’s defesne hasn’t allowed a score in seven quarters.