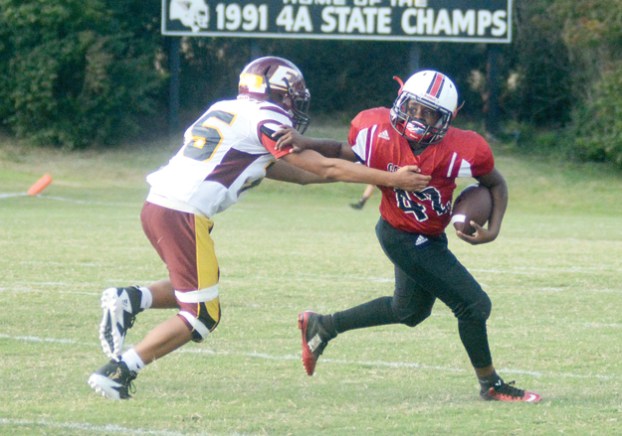 The Cards and Elks played a back-and-forth first half in the seventh-grade game until RDC took control. The Cards scored 28 straight points after trailing 14-12 with 4:51 left to play in the second quarter.

Despite looking strong in the first half and holding an 8-0 lead for most of the first half, the eighth-grade Cardinals couldn’t hold on for the win.

Elkhorn took advantage of Campbell miscues and used a lot of deep passes to escape with the 22-8 victory.

Campbell takes on Georgetown at home Thursday. The seventh-grade game is set to kick off at 6 p.m. with the eighth-grade game to follow.

The George Rogers Clark High School girls soccer team was a bit slow out of the gate Wednesday night against... read more