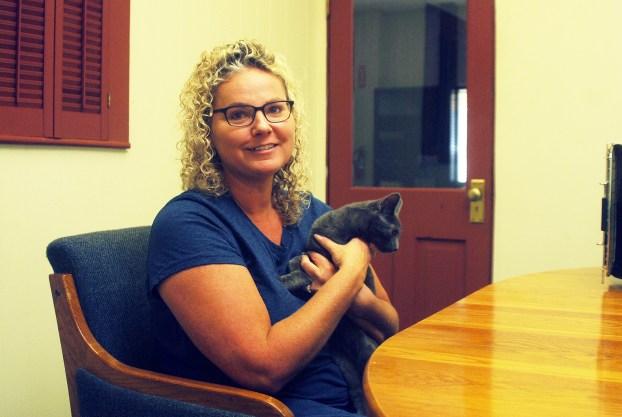 Carrie Hazlett’s always been a cat lover, and an animal lover in general.

For the last couple years, Hazlett and her family have been a foster family for the Clark County Animal Shelter, keeping animals anywhere from days to months until they are adopted into a new home.

“My whole family is involved,” she said. “(Husband Mark) said ‘we have two cats and we can’t have another kitten.’”

As a foster family, there’s a constant influx of new kittens and cats since she started a couple years ago. Hazlett said she knew Clark County Animal Shelter Director Adreanna Wills previously, and had offered to help.

“She called one day and said she had a litter of five” that needed a temporary home, Hazlett said. The answer, of course, was yes.

Hazlett said fostering also helps the animals be healthier than they might in the shelter environment. They also have the room, and Hazlett has always wanted another kitten.

“Our basement is half-finished,” she said. “The unfinished part is (the foster kittens) room. They can run free.”

The number of foster animals in the Hazlett home ebbs and flows, depending on demand from the shelter.

“Since I started, I don’t think I’ve ever been without,” she said. “It’s a constant open door. Right now I have Esther, one cat and three kittens.

“The most I had was 13. I had two sister cats who had litters of kittens.”

Hazlett said there are many unknowns as a foster parent, not the least of which are when more animals will be coming.

“I usually pick them up at the vet or the shelter or wherever,” she said. “It can be anywhere from a few days to a couple months.”

Every animal she’s fostered, though, has been adopted. On Saturday, she was taking Esther, a Russian blue kitten, to meet a potential adoptive family.

Like any foster parent, there are challenges and tragedies as well.

“In that litter of 13, they brought two in and they got sick and pretty much wiped out the litter,” she said. “It was rough.”

Those are the exceptions, she said.

Her family is in as well.

“My husband acts like it aggravates him, but I’ll go downstairs and he’s in the floor with them,” she said.