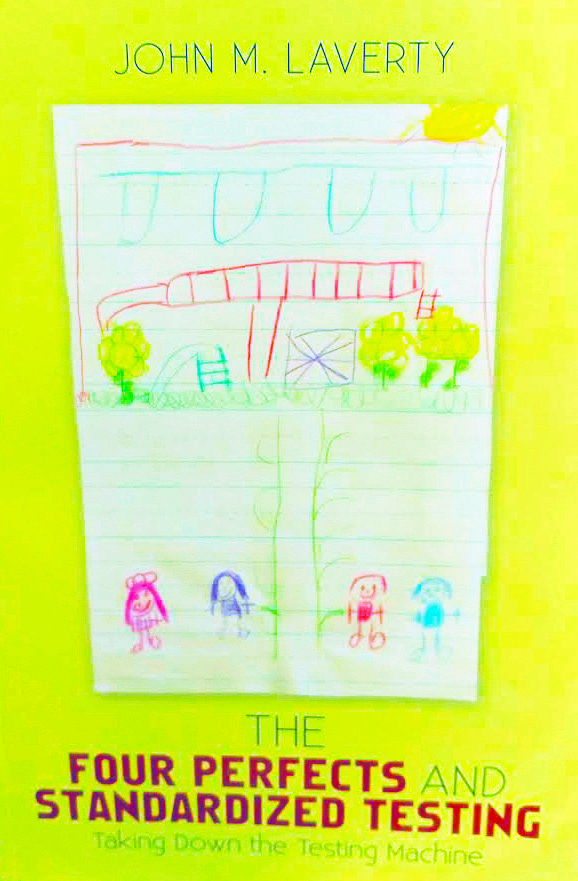 Autumn Kincaid didn’t know her artwork would end up on the cover of her great-uncle’s book when she drew the pictures last year.

Kincaid, 8, drew the pictures at the request of her great-uncle, author and Winchester native John M. Laverty, her mother Robyn Smalley said.

“He said, ‘I have an idea. Could you get Autumn to draw some?’” Smalley said. “She drew four or five and he picked the one he liked.”

The picture on the cover of “The Four Perfects and Standardized Testing,” shows four children playing on a playground, complete with slides and monkey bars.

The book, which was released in August as an ebook, is a fictional work about the effects of standardized testing on education, according to Laverty’s author’s note in the book. Laverty wrote that the book was inspired by actual events, though it is entirely fiction. The story focuses on four children in the same school in a town set about two hours outside of Washington, D.C. When all four record perfect scores on the standardized tests, it causes a number of ripple effects among administrators and others.

Laverty is a former teacher at Lafayette High School in Lexington and is a professor at Syracuse University in New York.

Autumn was completely surprised when she saw the cover, Smalley said.

The book is available on Amazon and lulu.com.