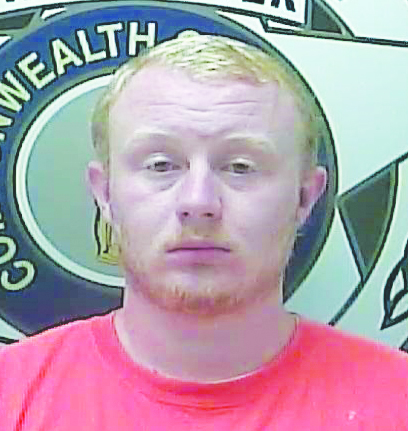 As a Clark County man was pleading guilty to felony abuse charges Thursday, he implicated someone else for causing the permanent brain injuries to his child.

Brent Hessing, 26, was indicted last year for first-degree assault, but prosecutors offered a nine-year sentence for the reduced charge of first-degree criminal abuse. Police said Hessing’s child, who was seven-months-old at the time, showed signs of significant injuries to its head consistent with being shaken.

“Did you inflict injuries upon your child?” Clark Circuit Judge William Clouse asked.

“No, your honor,” Hessing said.

During the hearing, Hessing testified under oath that he got home from work on the night of Jan. 16, 2016, as his wife left for her job. He said he noticed the child wasn’t breathing, performed CPR and called 911. An ambulance took the child to Clark Regional Medical Center and then the University of Kentucky Medical Center.

In court Thursday, Hessing said he knew his wife had been violent with their child before, but he thought things had changed and he could handle it. He said she told him at UK that she had shaken the baby when she got aggravated.

Winchester Police Capt. James Hall said Hessing gave inconsistent stories during his interviews with police and detectives found no indication that the child’s mother was involved or a suspect causing the child’s injuries. No one else was charged in the case.

Hall also said their investigation found that Hessing’s grandmother called 911 about the child.

Hessing said previously he was the only adult in the residence and he left the baby unattended. He said he pleaded guilty because he believed he would be convicted if the case went to trial.

Prosecutors also dismissed a persistent felony offender charge as part of the plea agreement. Hessing is scheduled to be sentenced Oct. 5.

Boots and Barbecue set for Sept. 22

Guests at the sixth-annual Boots and Barbecue fundraiser will be entertained by the musical stylings of The Classics, a local... read more