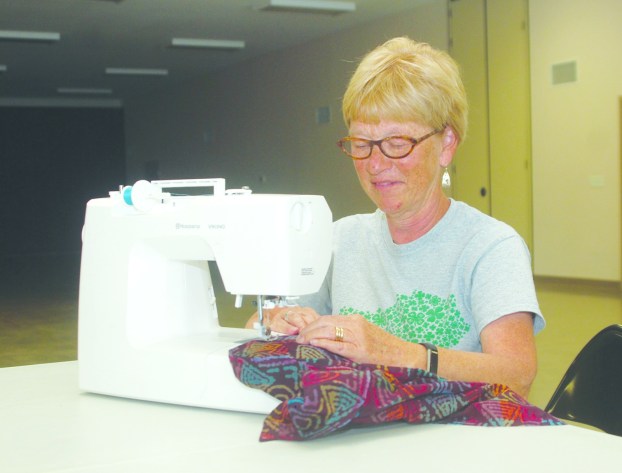 Reaping what she sews

Julie Ullery didn’t start sewing until she joined 4-H as a child in Ohio.

Decades later, she’s still making her own creations and helping Clark County youth learn the skills and find an avenue to express themselves artistically.

“It’s a skill a lot of kids want to learn,” she said. “It’s boys too. They like machines. A lot of times, even if they come only one year, they learn the basics.”

Ullery said she’s been consistently involved in Clark County’s program for the last 20 years, and sporadically for years before that.

“I think I was in the fifth grade and that was my first experience,” she said. “My mom wasn’t much of a sewer. My grandmother was 72 when I was born and she’d make her own patterns.”

Sewing and creating, she said, is an artistic pursuit.

While sewing has shifted from a practical to a social pursuit, interest remains strong.

“It used to be a way (for people) to save money,” she said, though that’s not necessarily the case any more.

Sewing, at least in the club setting, is also a social event. Where participants in years past would take projects home and do most of their work, now it’s in the Saturday meetings at the Clark County Extension Office annex, she said. Aside from guidance, it’s time for the participants to visit, as well as the leaders like Ullery.

“I really enjoy working with kids,” she said, “to tell a kid something that helps with their self-confidence and help them do something impressive and do it well. I think it’s more what the kids get from it.”

Being a volunteer for 4-H sewing programs isn’t just showing up and being able to sew, she said. There is a two-year process to become a master clothing volunteer. By the end of the training, Ullery said volunteers must have several different examples of their work, which are then judged. There are additional continuing education hours to be completed as well, she said.

The sewing club participants, aside from learning skills, have the chance to compete for state honors every year as well.

“We do a state style revue at the state conference,” she said. “We’ve been very fortunate several of our sewers got to the finals in recent years.”

For Ullery, seeing them earn accolades for their work is nice, but the best part is the kids themselves.

“I think it’s just getting to know the kids,” she said. “They are a hoot. It’s fun to get to the state fair and see one of your kids with the (grand champion) purple ribbon.”

The fall session of the 4-H sewing club begins at 9 a.m. Saturday at the Clark County Extension Office annex.

There are still a few days remaining for businesses wanting to take part in a college and career fair at... read more