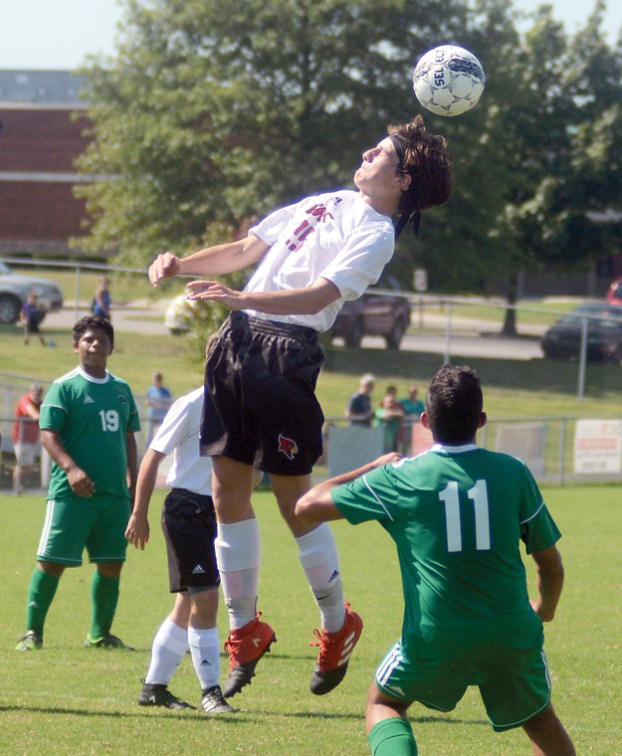 The George Rogers Clark High School boys soccer team bounced back from a district loss with a 2-1 win over visiting Saint Patrick Saturday.

GRC (9-3) scored both its goals in the first half and outlasted the Saints (5-4-4) on a hot afternoon just two days after battling rival Montgomery County through overtime and PKs.

“They knew coming in this team was probably not quite the same caliber we saw on Thursday so there might have been a bit of a letdown,” GRC coach Walter Ridener said.

The Cardinals got goals from Josh Bailey and Clayton Parks in the win.

Thomas Skaggs and Bailey each had assists.

The Saints got their goal in the first half, too, as neither team found a goal in the second half, despite the Cardinals putting constant pressure on the Saint Patrick defense.

“In the first five minutes, we were playing well then all of the sudden, we couldn’t find the back of the net,” Ridener said. “We were missing crosses. Just didn’t play well.”

But the Cardinals still earned the win and now turn their focus to Mason County (4-5-2) on Tuesday night, when GRC plans to celebrate senior night.

“We’ll bounce back,” Ridener said. “We’ll practice Monday and get this out of our system.”