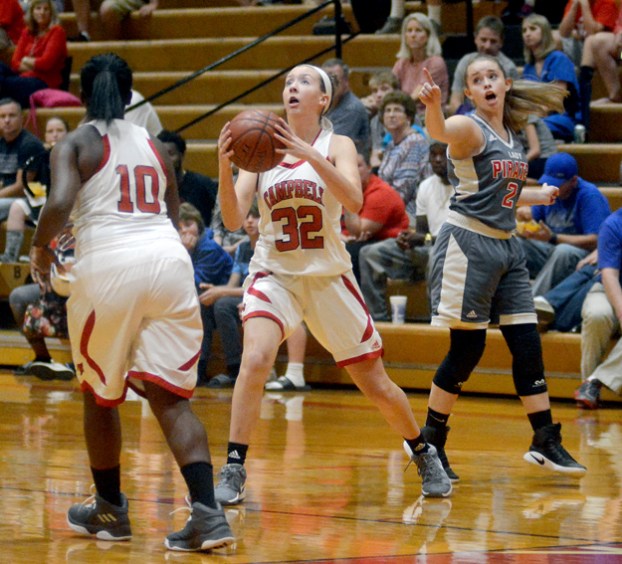 The Cardinals finished the half on a 20-1 run to take control and cruise to a 52-11 victory.

Cameron Anderson, left photo, had a game-high 15 points in the win. Eight of those came during the dominant second quarter for the Cards.

Marly Rogers and Tyra Flowers each had four points in the win, while Nicole Davis and Amber Miller each scored two points apiece.

Things didn’t go as well for the Cardinals in the two earlier games Monday.

Hudson had a team-high six points and Angelina Pelayo put in four points.

Next up for Campbell is a home game against Bourbon County on Thursday. The team will honor its eighth-graders prior to their game. The sixth-grade game is set to tip off at 5:30 p.m.

The George Rogers Clark High School boys soccer team bounced back from a district loss with a 2-1 win over... read more