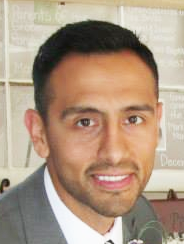 Pastor Jeff Gaines: Why I love the church, and you should as well

Culturally speaking, there is a general lack of love and respect for the church.

Lifeway Research suggests there are 100,000 rapidly-declining churches in America.

Only 20 percent of Americans go to church on a regular basis.

These downward trends are also true in Winchester, as only 1 out of 5 people in our town go to church regularly.

It is easy to blame this alarming phenomenon on the dysfunction in many churches.

But maybe the bigger issue is the general public’s misinformed view of the church.

Many of the “unchurched” people I have talked to recently describe the church as “money-hungry,” “irrelevant,” and “inwardly focused.”

If you are saying “amen” to those characterizations, I would encourage you to reevaluate your attitude toward the church as you consider just a few of the reasons I love the church.

The church started an educational revolution.

Jesus once encouraged his followers to “love the Lord your God with all your mind.” To worship God with your mind was a new concept and it has been a prime mover in churches ever since.

This command resulted in the printing press, invented by Christian men for the purpose of making the Bible accessible to all people.

All but one of the first 123 universities in America were started by Christians for Christian purposes.

Public education began in 1647 when the Massachusetts Bay Colony decreed that every town of 50 families should have an elementary school so children could learn how to read the Bible. Many of the highest-achieving schools in our area are Christian-based programs, meeting in or funded by churches.

All of that to say, where would education be if not for the influence of the church?

The church started a charitable revolution.

Being generous to those in need was a foreign concept in the ancient world. The poor, widowed, orphaned and sick were forced to fend for themselves. But Jesus modeled a different way of life.

One of the earliest church leaders wrote this when considering the example of Jesus, “Religion that God our Father accepts as pure and faultless is this: to look after orphans and widows in their distress.”

In 325AD at the Council of Nicea, churches decided to build a hospital in every town that had a cathedral, the first ever initiative to make medical care accessible to all.

The five largest charitable organizations in the world today were started by Christians. According to a CNN report last week, church-based organizations have contributed more to recent hurricane relief efforts than FEMA.

In Winchester, churches are a driving force in addressing our most pressing issues with programs like Read to Succeed (literacy program), Celebrate Recovery (addiction program), New Beginnings (crisis pregnancy center), Community Services (began by the Ministerial Alliance), just to name a few. Who would address these issues, if not for the church?

I could go on and on about the revolutionary impact churches have made and continue to make.

I haven’t mentioned the countless homes warmed, bellies filled, marriages saved, orphans adopted or lives changed as a direct result of the churches in this community.

I am convinced that the church is the single greatest force for good the world has ever seen.

Maybe it is time for you to reconsider the church.

Reasonably consider most churches and you will find that we are for the city and we are for you.

We pray “Father, your will be done in Winchester as it is in Heaven.”

Churches aren’t perfect but there is much to love about your local churches.

Jeff Gaines (jeff@ccwky.org) is the preaching minister at Christ Church of Winchester, where real people can find real hope.