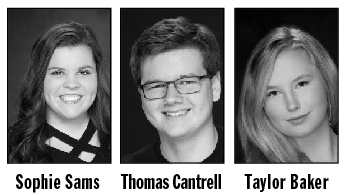 Several students from GRC were featured each week in The Sun. This is the final installment