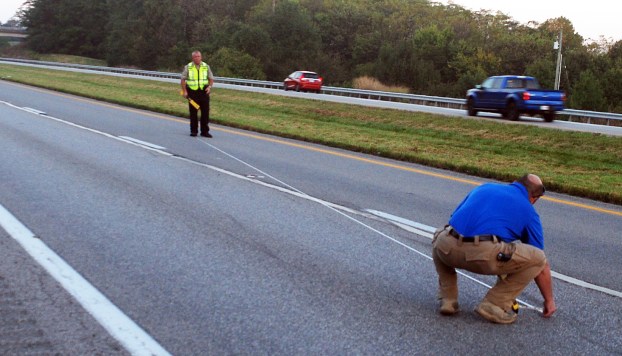 Georgetown woman killed in I-64 crash

A crash early Wednesday morning on Interstate 64 claimed the life of a Scott County woman as she was heading home from work.

Shasta Mullins, 33, of Georgetown, was a passenger in an eastbound Toyota Camry when car collided with a tractor-trailer near the 99 mile marker.

According to the accident report, witnesses said the car was traveling at a high rate of speed when the driver attempted to merge in front of the truck.

The car then went off the edge of the highway, struck an embankment and overturned several times before coming to rest.

According to the accident report, the driver of the car, 39-year-old James Pertee of Mount Sterling, told deputies at the scene he may have fallen asleep.

Perdue said Mullins was ejected from the car. Deputies said she was in critical condition at the scene.

Clark County Coroner Robert Gayheart said she died at Clark Regional Medical Center. Her remains were transported to Frankfort for an autopsy, he said.

Pertee was also transported to Clark Regional Medical Center with unspecified injuries. Hatmaker was not injured.

The eastbound lanes of Interstate 64 were shut down for about two hours Wednesday morning while investigators reconstructed the accident.