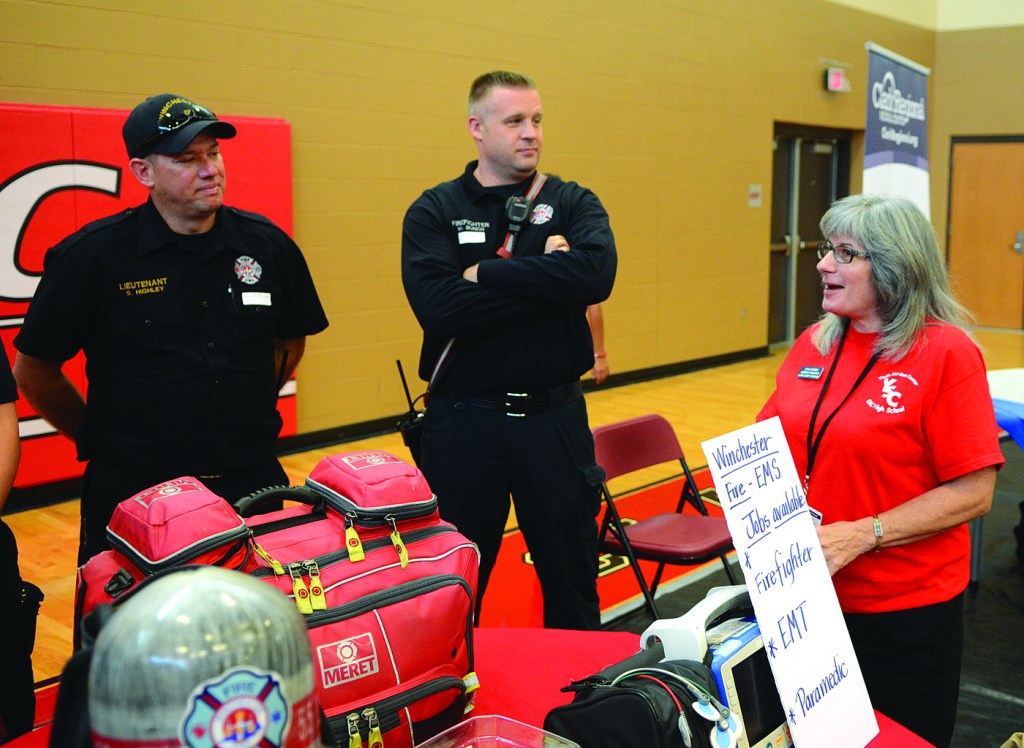 Cora Heffner came to Winchester from Bradford, Pennsylvania, in 1987 with her husband, carrying all they had with them and looking for work.

“We didn’t have any jobs where we were at,” Heffner said. “It was the oil fields, and that’s what my husband had always done. In the 1980’s when it went bust in Texas it went bust in Pennsylvania too.”

The Heffners were looking for a new start, and Cora said they decided to move to Kentucky because she had spent time in the state as a teenager.

“I love Kentucky, horse farms, southern history and literature and southern music,” Heffner said. “I just knew we would like it.”

They had two cars, a trailer full of belongings and their dogs but no place to stay. Within a week both had found jobs.

“Life’s just gotten better since then,” She said.

Heffner has served as the director of Clark County Community Education since 2001. Her last day on the job before retirement will be Oct. 31.

After getting her master’s degree in rehabilitation counseling from the University of Kentucky, Heffner took her first job with Clark County Public Schools as a migrant student advocate, later additionally becoming a homeless student advocate.

It was during that time Heffner learned about community education programs operating in other communities.

“I took a course at Eastern Kentucky University because I brush up on my Spanish,” Heffner said. “I thought, why don’t we have this in Winchester?”

She brought the idea to district, city and county officials, who were all supportive and pitched in to fund the program.

“Our first class was one-stroke painting,” Heffner said. “It was a trend at the time.”

She said Community Ed faced a few challenges when it first began, mainly stemming from members of the community not being used to the city, county and school district working together on public projects. Fortunately, she said, the situation has drastically improved over time.

Those challenges also led to successes though, and Heffner has a long list of success stories to share from her tenure as director. She said two programs in particular stand out as her proudest achievements with Community Education.

The first is the state registered nurses aide training the program started in 2003.

“In 75 hours, a person can get a real job skill where they can go get a real job, and it generally starts out higher than minimum wage,” Heffner said.

The program has a 90 percent success rate, and Community Ed partners with the Area Technology Center to use its facilities.

The second achievement Heffner said holds a place at the top of her list is the creation of Partners in Education (PIE), which partners local businesses, organizations and volunteers with schools to provide tutoring or other resources in 2006.

Heffner said the organization was created to address what was, at the time, the eighth-highest dropout rate in the state.

“We knew it was a community problem, not just a school problem,” she said.

Since then, PIE has continued to grow, becoming its own nonprofit organization in 2013. Heffner still serves as a PIE board member.

PIE serves as a good example of what Heffner said Community Education does, she said. It helps people in the community take the first step in making their own initiatives to solve local problems, and then, once the foundation is laid, moves on to help the next group of people.

Heffner said she has no set plans for her retirement, but she is looking forward to enjoying the time off it will bring. She said she will still remain in Clark County. For now, she will continue serving in other community groups, like the PIE board and the Winchester-Clark County Chamber of Commerce Board.

“I’m just looking forward to not having much to do,” she laughed.