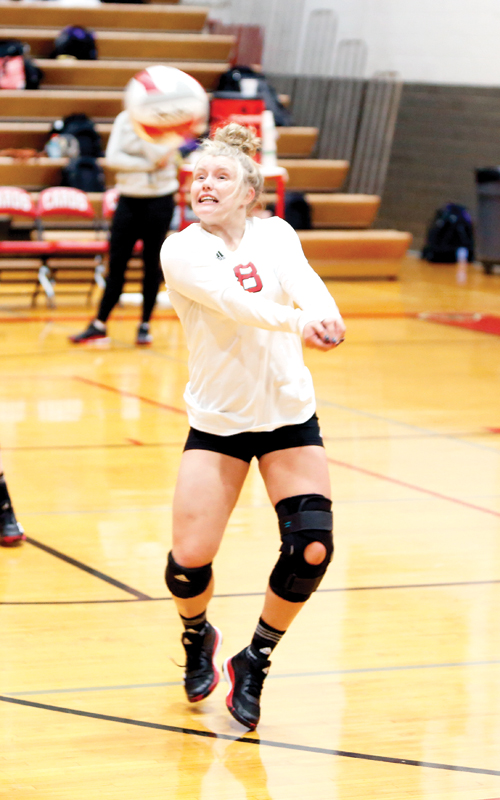 It might not have tasted very sweet in the moment, but George Rogers Clark’s appearance in the regional volleyball tournament was icing on the cake.

The Cardinals lost in three sets to Campbell County in the first round of the 10th Region Tournament at Campbell Junior High, marking the end of a season of sharp turnaround.

GRC went from 5-25 a year ago to 19-17 this season, and coach Jessica Bryson said the Cardinals had already met her expectations.

“We reached our major goals for the season: We got a winning record, and we won our district championship. This was just a perk,” Bryson said.

“That’s always been a great program. Out of all the people that we could pick, we knew they were definitely going to be our toughest opponent in the first round, and they proved it. They’re a good, fundamental team,” Bryson said.

GRC’s best stretch of play might have come early in the first set, when it scored six straight points to take a 7-5 lead. Emma McQuade, the Cardinals’ representative on the all-tournament team, had two aces and Breanna Epperson had a kill during that run.

It was all Campbell after that, however. The Camels closed the first set on a 20-1 run and had 12 services aces over the three sets.

The third set was the closest, as GRC was within 16-12 before Campbell slammed the door.

The Cardinals lose only two seniors, and Bryson said she’s eager to see the next steps in their improvement.

“I’ve got a young team, I’ve got a lot of sophomores starting this year, so I’m looking to really hone in on their skills and develop them as players and as individuals to get them to that next level,” she said. “Next year, we’re looking to get to the regional finals. With the team that I’ve got and the turnout that’s coming, I think that is a feasible goal for us.”