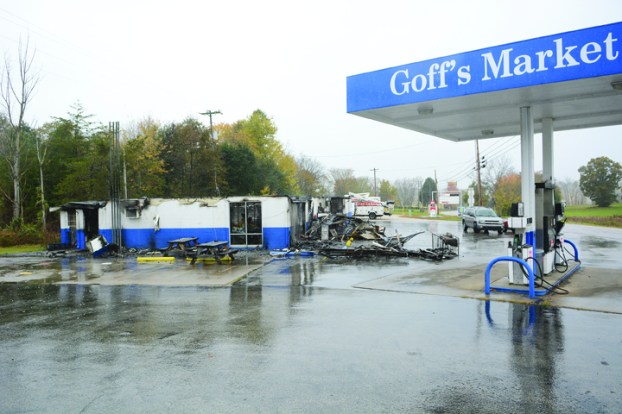 The fire was reported around 3:17 a.m. Wednesday, and was already burning heavily when the first firefighters arrived on the scene.

“When I pulled up, it was burning 15 to 20 feet through the roof,” Clark County Fire Dept. Battalion Chief Will Jordan said. “The building was a total loss.”

Jordan said the roof collapsed within about five minutes of their arrival.

“Once we had a full roof collapse, we made our entry and then it was putting out hot spots,” he said.

The fire had burned so long and so hot that only the frames were left of the refrigerators inside, he said.

County firefighters were on the scene for about five hours, along with firefighters from Winchester Fire-EMS and Clay City Fire Department who responded for mutual aid, Jordan said.

As of Wednesday morning, a cause had not been determined. Jordan said most of the fire seemed to be around the middle of the store, which is where the kitchen was located.