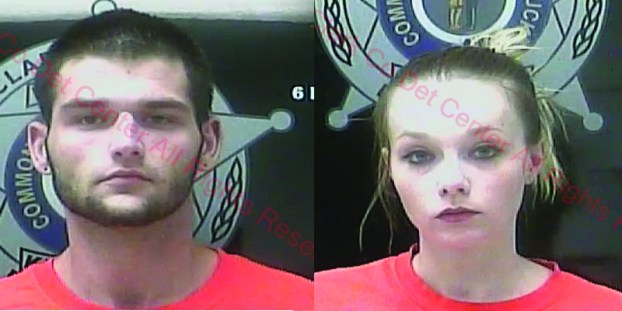 Hall said Matthew Carmen, 23, and Julia Richardson, 25, both of Winchester, were arrested around 5 p.m. Friday in Lexington.

He said he cannot provide specifics of how they were involved in the shooting that took place about 9 p.m. at the Washington Street Apartments and resulted in the death of 16-year-old George Rogers Clark High School students Kayla Holland and Adrianna Castro. Holland was pronounced dead at the scene and Castro died in the emergency room at Clark Regional Medical Center.

Four other suspects, 18-year-old Mikaela Buford, 18-year-old Ronnie Ellis, 22-year-old Darian Skinner and 24-year-old Denzel Hill, all of Winchester, were arrested Wednesday. Each are charged with two counts of complicity to commit murder and are housed at the Clark County Detention Center on $1 million bonds each.

Palmer said some of the people on both sides knew each other, and said the two victims were involved.

Hall said Carmen and Richardson will be transferred to Clark County and housed at the Clark County Detention Center.

Hall said police are not actively seeking any other suspects at this time, but the investigation is ongoing.

A Winchester man facing multiple felony charges for alleged possession of explicit images of juveniles sent his case to the... read more