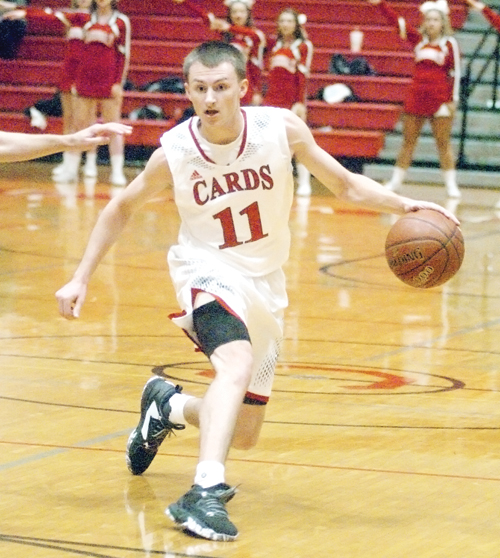 The newest model will be on display tonight.

That added familarity will help the Cardinals, who bring back nearly the entire roster from last season, after playing without a senior.

“The guys they understand me, we have been able to create a vision for this year and set a little higher bar,” Cook said. “The offseason for us is really important as far as getting guys into the gym and getting repetition and weights and things.

“I feel like we were able to set our goals back in the spring and our guys have been working toward it ever since.”

One of the goals is to get at least as far as the Cardinals did last season — a district runner-up finish and a region tournament berth, the first since 2014.

Playing with a team of mostly juniors last year, the Cardinals have plenty of experience.

Cook said the team will have a bit of a different look this year, as the Cards hope to push the tempo and run up and down the court more.

Nicholas County is coming off a 16-13 year, graduating five seniors. The Bluejackets squared off in the season-opener last year, as well. GRC came away with a 76-40 win in Cook’s debut.

The opener will be the only chance to see the new-look Cardinals in action for a while, as GRC hits the road after tonight’s contest for three straight contests. They return home Dec. 9 to face Campbell County at 3:30 p.m. That game will be a rematch of the 10th Region Tournament opening round loss, 55-45, to the Camels that ended GRC’s season.