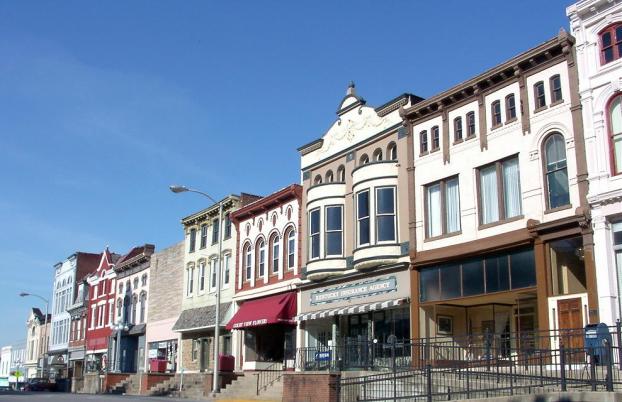 City moving ahead with downtown investment

The City of Winchester took another step toward creating a downtown investment fund for property and business owners.

During a special meeting Tuesday morning, the Winchester Board of Commissioners unanimously approved an agreement with the Blue Grass Community Foundation to administer the fund for the city.

Main Street Winchester Executive Director Rachel Alexander said it made sense because the Foundation manages funds for other entities and has the necessary people on staff already. It also adds a mechanism where private citizens will be able to donate.

In the commission’s last meeting, the commissioners voted to contribute $100,000 over the next two years to start the fund. Alexander said Tuesday about $325,000 has already been pledged.

The fund will be designed to help with downtown revitalization and building restoration projects, without completely funding projects. Eventually there will be a committee to review loan or grant applications and control the money in the fund.

“It’s a way to administer and park the funds so they can be invested,” City Manager Matt Belcher said.

The Foundation will collect 1 percent as its fee of managing the fund.

Establishing the downtown investment fund was one of the points of the Downtown Master Plan, which was approved earlier this year.

The commissioners also approved the first reading of an ordinance to issue $15.5 million in bonds to help finance construction of a new water treatment plant and other projects for Winchester Municipal Utilities.

The new water plant is expected to cost nearly $20 million, based on bids, and will be designed to provide 9 million gallons of water per day. The current plant, parts of which are more than 100 years old, can process 6 MGD at absolute maximum capacity.

In other action, the commisioners:

— acknowledged a $500 grant from Kentucky American Water to purchase a new scene light for Winchester Fire-EMS.

— reappointed Frank Johnson and George Carruba to three year terms on the administrative hearing board.

— reappointed John Roche to the Housing Authority of Winchester board for a four year term.

— reappointed Drew Graham to the Winchester Historic Preservation Commission for a four-year term.

— accepted teh resignation of Greg Yates from the Main Street Winchester Board and appointed Sherri Richardson to serve the remainder of Yates’ term.

— awarded a bid to Olympian Construction to build bathrooms at the Kroger Youth Soccer Complex.

— approved an easement for AT&T to install service cabinets on South Burns Avenue and Melbourne Street.

— appointed Christa Joynt to the Winchester-Clark County Heritage Commission for a four-year term.

— accepted the resignation of Barbara Noplis from the Winchester-Clark County Heritage Commission and appointed Steve Justice to serve the remainder of the term.

— approved the employment of Caleb Schulten as a patient transfer specialist.

— reclassified Joshua Becraft and Virgil Estes from mechanic I to mechanic II.

— accepted the resignation of Clifford A. Burton as a patient transfer specialist.

Police charged a Winchester man with setting his home on fire while his roommate was inside. Timmy W. Isaacs, 45,... read more