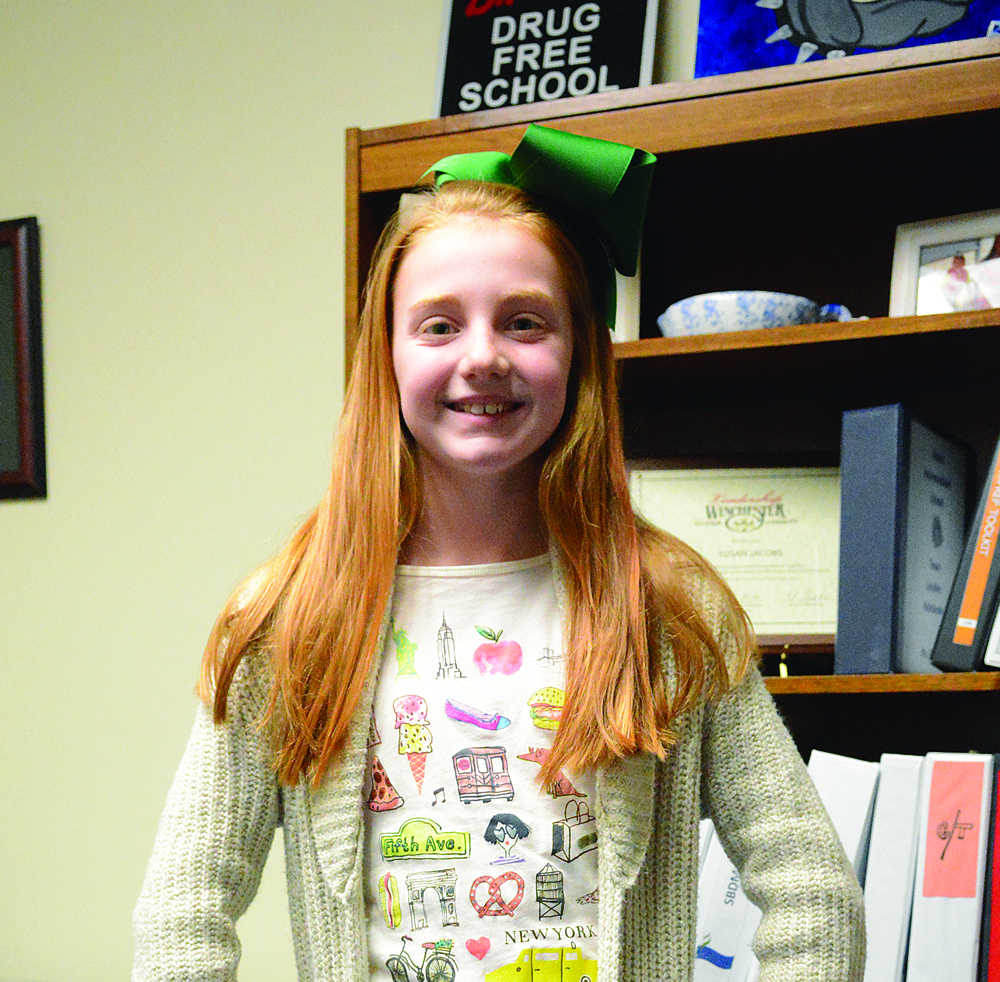 Baker sixth grader Mallory Jones is in the running for the KAGE Student Achievement Award, given to a single student from the state of Kentucky. In February, she will travel to the state capitol in Frankfort to learn whether or not she has been chosen for the prestigious award. (Photo by Seth Littrell)

Baker Intermediate fifth grader Mallory Jones is in the running for a statewide student excellence award.

The Kentucky Association for Gifted Education Distinguished Student award is designed to recognize a child between third and sixth grade who has achieved distinguished achievement in academics, leadership or the arts and has made a contribution to the community.

One student from each Kentucky county can be nominated, and the 10-year-old Jones was nominated by the staff of Baker Intermediate and Shearer Elementary schools. All students who are nominated must submit an essay about why they are qualified to get the award. The nominees travel to the state capitol in Frankfort in February to hear who the winner is.

The student chosen will receive a College Entity Account from the Kentucky Education Savings Plan Trust (KESPT) and a Certificate of Excellence from KAGE.

“My essay was about all three of the areas,” Jones said. “I’ve been in over 16 musicals, I do leadership through the morning news and I was on academic team last year.”

Jones is also active in other groups at school, including the sixth grade volleyball team and chorus.

After her primary schooling is over, Jones said she would like to go to college to become an architect.

“I want to deign buildings for people,” she said.

“Clark County Public Schools and Baker Intermediate School are so proud of her nomination,” Jacobs said. “Mallory contributes to her school and community and is very deserving of this award.”

Mallory is the daughter of Chris and Juliann Jones Irwin and Brad Jones.