Blistering start gets GRC past Bourbon 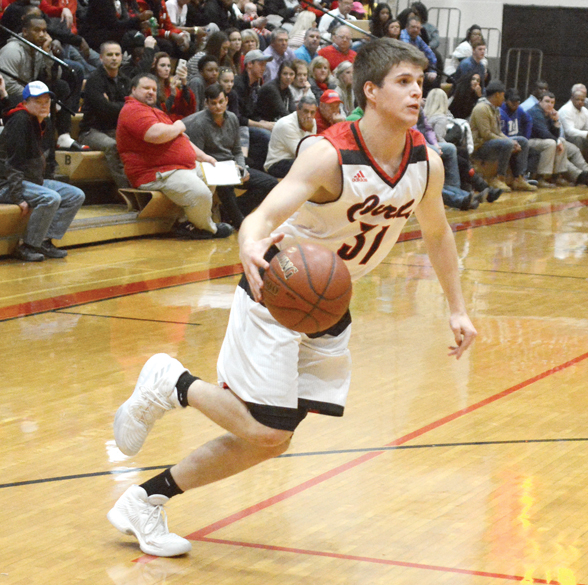 The Cardinals led 47-15 at halftime and used pressure defense to smother the Colonel offense for their third straight district victory.

The Cardinals forced 15 turnovers and won the rebounding battle handily — 49-20 — particularly on the offensive glass with a 20-5 advantage.

GRC also shot the ball well, hitting eight 3-pointers and shooting 55 percent from the field. The Cards had 25 assists on 38 field goals.

Ryan Cooper poured in a game-high 21 points for the Cardinals, who improve their record to 12-3 and 3-0 in the 40th District.

Will Philpot scored 19 and Brennan Canada put in 16.

Bourbon tried to turn up the pressure as the Cardinals built their lead, but GRC was able to solve the press and get scoring opportunities.

Graham was a big part of that success, bringing the ball up court and pentrating the Bourbon defense to get to the paint.

“He’s getting better,” GRC coach Josh Cook said. “He’s being aggressive while still be under control. He does a good job of getting to the paint under control and finding people underneath.”

GRC is right back in action against Garrard County tonight at home. Tip is set for 6:30 p.m.