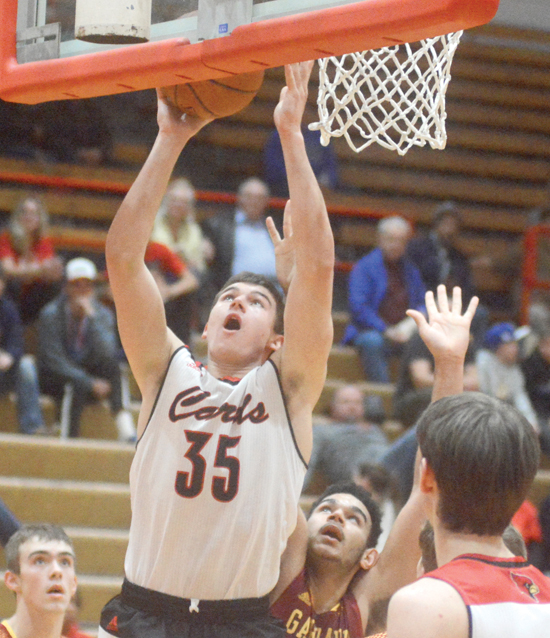 The George Rogers Clark High School boys basketball team have won three straight games and 10 of the past 11.

The latest triumph for the Cardinals came over visiting Garrard County Saturday night, 83-62.

GRC handled the ball well in the win — earning 23 assists on 29 field goals and turning it over just five times.

The Cardinals also won the rebounding battle, pulling down 35 rebounds to 27 for Garrard.

A dozen Cardinals found their way into the scorebook with at least three points.

Braden Sebastian led the Lions with a game-high 16 points.

The Cardinals look to continue their winning ways when they take on Harrison County at Letcher Norton Gymnasium Tuesday.

They hit the road to face district rival Montgomery County in a doubleheader Friday night.