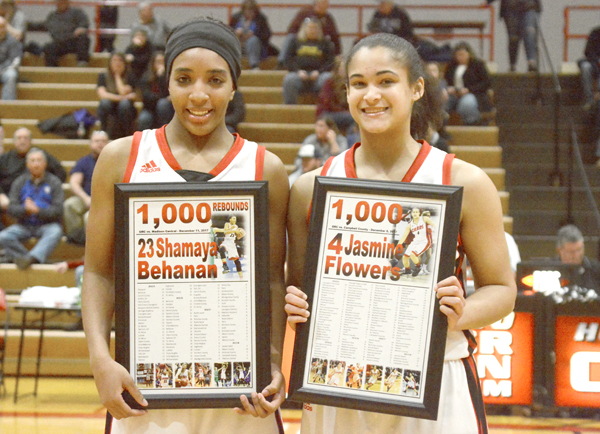 Fans of the George Rogers Clark High School basketball teams will have to wait a bit before seeing their teams take the court.

The Cardinals were set to take on Montgomery County Friday night in Mount Sterling, but both games have been postponed.

The move was prompted by expected cold weather, rain and snow.

That harsh winter weather has also forced the postponement of the annual MLK Jr. Classic in Winchester Saturday.

A make-up date for the event, which would have featured four games — two girls games and a pair of boys games — has not been announced, but could be later this month.

The meeting with Montgomery County has also not yet been rescheduled.

The girls and boys teams both boast 3-0 marks in the 40th District, thanks to a pair of wins over Paris and a win over Bourbon County at home.

A win Friday for both GRC squads would have put them firmly in control of the battle for the top seed in the district tournament, but GRC will have to wait for at least a week, when the Cards travel to Bourbon County for another doubleheader Jan. 18.

The girls are fresh off a 71-22 dismantling of Bourbon a week ago.

Behind Shemaya Behanan’s game-high 16 points and a smothering defense, the Cardinals made quick work of the short-handed Colonels.

After the game, Behanan and teammate Jasmine Flowers were honored for career milestones reached earlier in the season.

Behanan eclipsed 1,000 rebounds against Madison Central and Flowers scored her 1,000th point against Campbell County. Both games were in the first half of December.

“Kids put a lot of time in and work hard daily for this game,” GRC coach Robbie Graham said. “It’s good to see them get rewards and reach milestones like that. Reaching 1,000 rebounds and 1,000 points is impressive.

“Those are two tremendous young ladies with great attitudes who work hard.”

The win pushed the GRC record to 11-5 on the season. Montgomery gilrls hold a record of 5-11, 0-2 in the district. The Indians are coming off a 52-42 win over Berea at home. They are the winners of three of their past four games.

Delaney Bromagen shoulders most of the scoring load for Montgomery, scoring 17.9 points a game. No other Indian averages more than 6.5 points a game.

The Cardinals are far more balanced in their scoring this season. Kennedy Igo (12), Behanan (11.3) and Hayley Harrison (10.8) all average in double figures with Flowers right on the cusp with 9.4 points per game.

The GRC boys team would have been looking for its fifth straight win tonight. The Cardinals are winners of 11 of their past 12. They are 14-3 overall with a 3-0 mark in the 40th district.

Montgomery County boys boast a 7-8 record and are 1-1 in the league.

The Indians have won two straight, the latest triumph a 65-59 win over Grant County at home.

Will Cockrell chips in with 8.6 a game and Hayden Chism adds 7.3.

Like the girls team, the GRC boys are quite balanced in their scoring.

Brennan Canada scores 13.4 points a game to lead the Cardinals. Will Philpot averages a double-double, scoring 12.4 while grabbing 10.1 boards a game. Jordan Graham scored 10.2 while Ryan Cooper puts in 10.1 a contest. Rounding out the starting five, Chase Taylor scored 7.8 a game.

With an unexpected weekend off, the next game for both GRC teams is another district doubleheader on the road when the Cardinals head to Bourbon County Jan. 16.