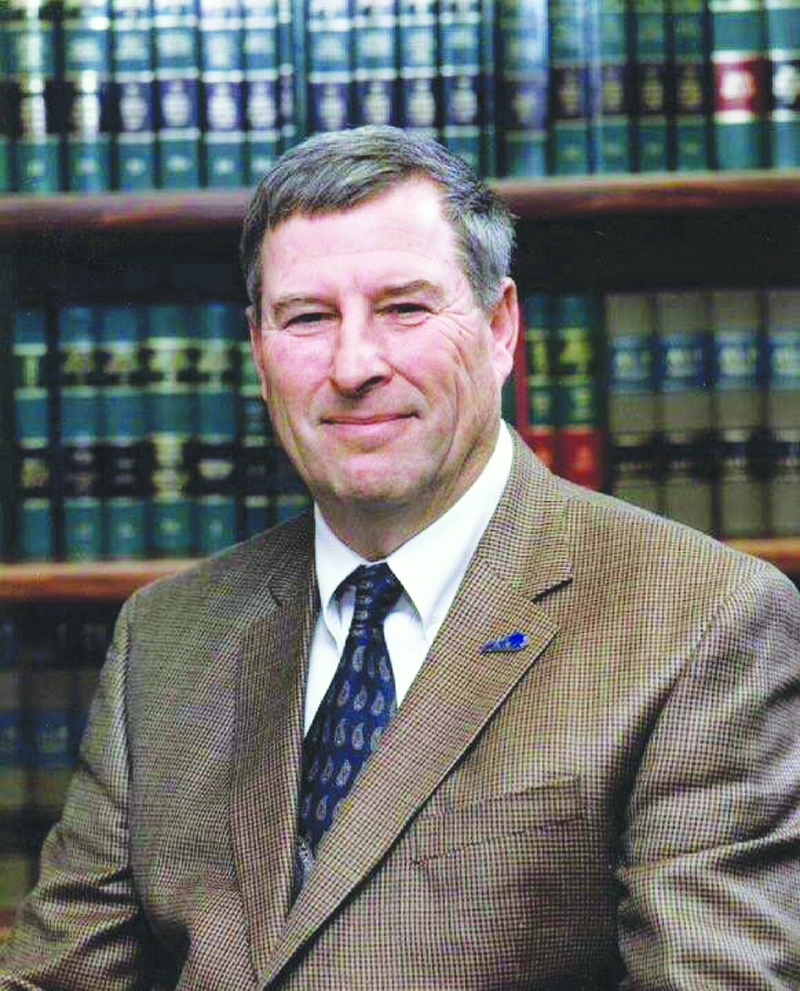 Rick Smith served on the Clark County Fiscal Court from 1990 to 2014. He died Tuesday after a battle with cancer.

A longtime magistrate and county commissioner, committed farmer and a ferocious golfer passed away earlier this week following a battle with cancer.

Rick Smith, 66, died Tuesday at his home in Clark County.

Smith was first elected to the Clark County Fiscal Court in 1990 and served through the end of 2014, when he decided not to run again. Along the way he served as president of both the Kentucky Association of Counties (KACo) and the Kentucky Magistrates and Commissioners Association.

Clark County Judge-Executive Henry Branham served with Smith in three capacities: first as a fellow magistrate, then as county treasurer and finally as judge-executive.

“When I came on the court, Rick had been there one term,” Branham said. “I found Rick to be a resource for things I had no experience with.”

Through the years, their friendship grew and expanded as their roles evolved. When Branham became county treasurer in 2004, the county was in a financial crisis. Smith, he said, was key in figuring out how the county got in the situation as well as how to get out of it. It continued after Branham was elected judge-executive.

“He was always someone I could go to for a very candid opinion,” Branham said. “I didn’t want anyone to sugar-coat it. He had a lot of knowledge. I knew his opinion was formed from experience and knowledge, not just an off-hand opinion.”

In a story posted by KACo, Clark County Magistrate Sheila McCord said she and her husband Joe were lifelong friends with Smith.

“He took what he did seriously, especially for this county,” she said. “He took his friendships seriously. That’s a unique quality any more.”

Like Branham, McCord said Smith was a resource for her as well.

“If there was something that concerned me about the court, I would call Rick and talk to him about it,” she said. “When Joe and Rick served together, they discussed a lot of things. I will miss that aspect — having someone I can contact when I need a little advice.”

Property developer Steve Adams said he’s been a golfing and hunting friend of Smith’s for about 15 years. As serious as he was about county matters, he was equally serious about his entertainment.

“If you played against him, God help you,” Adams said. “Frequently we would go out and play four on a team. If one wasn’t pulling his weight, (Smith) would say, ‘You know we are playing for money, right?’ He played hard and he expected you to play hard, if you played with him.”

During the winter months, Smith and Adams would go out hunting as well, the last time being a couple weeks ago, Adams said.

Throughout, Smith remained a true friend, he said.

“Rick wasn’t a sweet man but he was a sincere man,” Adams said.

First and foremost, Smith wanted to do what was right for Clark County.

“Rick would never let his party politics or your party politics get in the way of doing what was right,” 2011 KACo President Chris Harris said. “This Commonwealth could surely use more public servants who thought and served like Rick Smith.”

Smith is survived by his wife Suzy Smith, two sons and four grandchildren, his mother and two sisters.

Visitation will be at 10 a.m. Saturday at First Christian Church followed by a funeral service at 1 p.m.