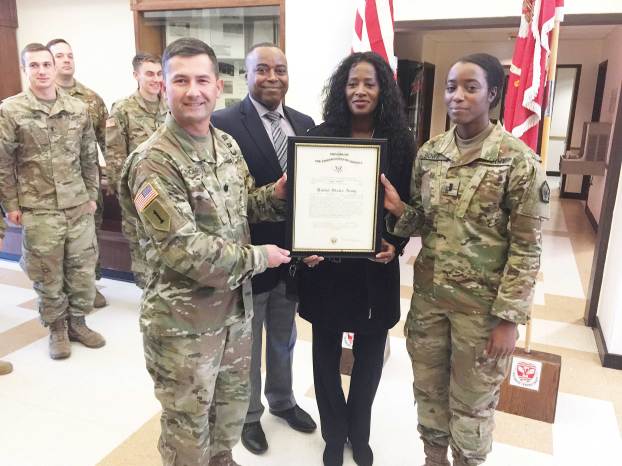 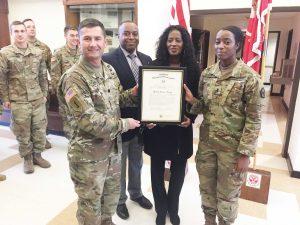 Jasmine Bowie was recently promoted from second lieutenant to first lieutenant in the U.S. Army. 1st Lt. Bowie is currently serving her county as a platoon leader with the 55th Engineer Brigade, Joint Base Lewis-McChord, Washington State. Bowie graduated from Western Kentucky University in May 2012, and joined the U.S. Army in October 2015. She is the daughter of Dana and Kimberly (Clark) Bowie of George Rogers Clark High School class of 1982 and 1983, and is the granddaughter of James and Mattie Clark of Winchester.

Abners to celebrate 50 years of marriage

Lewis and Carolyn Abner of Winchester were married Jan. 13, 1968, at the Emmanuel Baptist Church in Winchester by the... read more