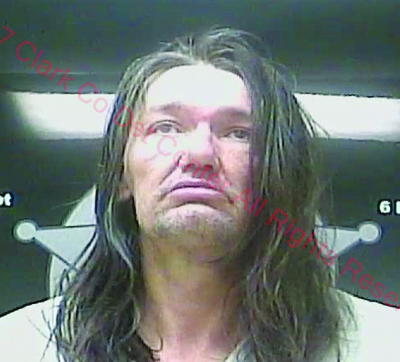 The Clark County grand jury indicted a man for allegedly offering an 8-year-old child money to pose for photos and possession of child pornography.

Dewayne Keith Campbell, 42, of 550 Agawam Road, was indicted for possession of matter portraying sexual performance by a minor (two counts), attempted use of a minor in a sexual performance, prohibited use of electronic communication system to procure a minor to engage in sexual offense and first-degree persistent felony offender.

According to court documents, Winchester Police began investigating in November after the child’s mother told police Campbell offered the child money and showed her other images of naked children on his computer.

When officers executed a search warrant at Campbell’s residence, they found images of two children who appeared to be younger than 12 on a Kindle. They also said there were many, many other similar images on the device.

According to the indictment, he also got a juvenile to send him nude photos on his phone and Facebook account.

The grand jury also indicted a Clark County couple who allegedly used a female juvenile to participate in sexual activity with them.

James and Penny Simmons of 4519 Paris Road, were indicted on multiple charges related to multiple occasions where they allegedly got the child to participate with Penny Simmons in paddling James Simmons’ buttocks for his sexual gratification.

According to court documents, Penny Simmons also said she saw James Simmons with his hand under the covers while the child slept and he watched pornography.

The following indictments were returned also returned by the Clark County grand jury.

Grandmother gets probation for house fire

A Clark County woman charged with setting her home on fire with her grandchildren inside was sentenced to probation. Anita... read more