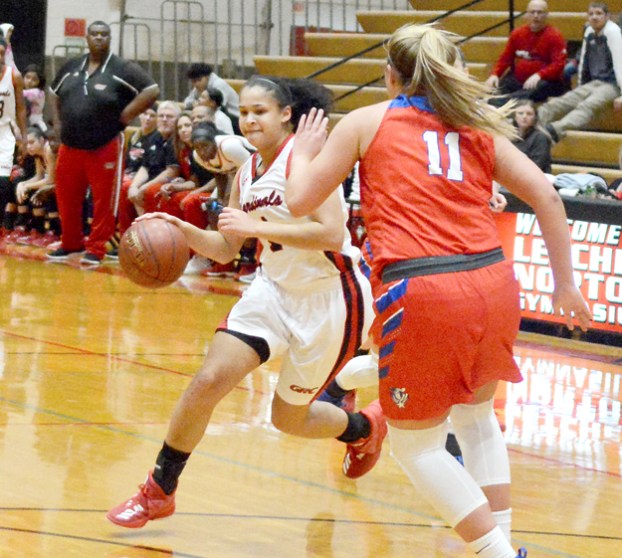 Cardinals get big win over Lincoln

The George Rogers Clark High School girls basketball team has lost some tough games to some of the state’s best teams, but the Cards have been searching for that big win to hang their hat on.

“We haven’t had that signature win and we were looking for one,” he said. “I think we got one tonight against a really good team.”

The Patriots and the Cards have both lost twice to Top 5 Murray, having both played in the Traditional Bank Classic and the Lady Tiger Classic over the holiday break.

Lincoln was riding a three-game winning streak coming into Saturday. The Patriots hadn’t played since Jan. 6. The Cardinals also had a long layoff, but had defeated Henry Clay in Lexington Friday night.

GRC started strong, scoring the first seven points but a seven-point run by the Patriots cut it to 18-17 just after the start of the second quarter.

That’s how most of the rest of the game went with the Cardinals threatening to pull away but the Patriots hanging around and staying within striking distance.

That changed midway through the fourth quarter as the Cardinals finally pulled away late.

A Haley Harrison 3-pointer with 1:43 left to play gave GRC a 46-36 edge and the Cardinals made their free throws late to put Lincoln away.

The Cardinals outscored Lincoln 23-12 in the fourth quarter.

Jasmine Flowers was awarded player of the game honors despite scoring just four points. Her efforts on defense led the way for the Cardinals, who kept Kentucky-signee Emma King to just 10 points. King averages more than 20 points a game.

“(Flowers) had her by herself most of the game,” Graham said. “Her shot wasn’t falling, but she kept fighting and fighting. She held a Division-I player to 10 points.”

The Cardinals are set to face Montgomery County Thursday before taking part in the Louisville Invitational Tournament next weekend.

It’s been a while since the George Rogers Clark High School boys basketball team has hit the hardwood, but the... read more