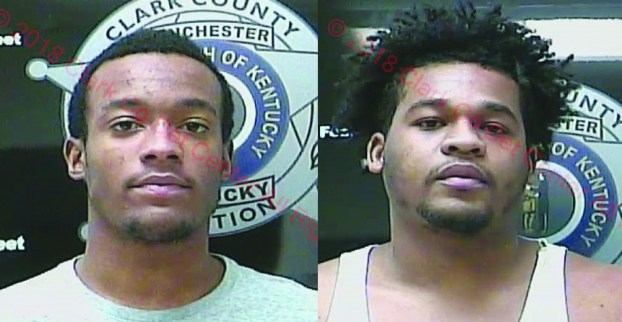 A man hoping to buy an iPhone X was robbed at gunpoint instead Friday night.

Winchester Police Capt. James Hall said both admitted to being at the scene around 9 p.m. Friday near Lexington Avenue and Breeze Hill Drive, but said a third person robbed the victim of $600.

Hall said Turley and Cornelius were reluctant to identify the third person, who reportedly pulled a handgun and threatened the victim.

Turley and Cornelius were arrested about an hour later after officers spotted a truck matching the victim’s description. Both men were arrested.

Hall said the victim was on Facebook Marketplace and thought he was meeting someone to buy a new cell phone. The tactic is becoming common, Hall said.

“It’s basically an online bait scam,” he said. “They said they were selling an iPhone X. He responded and met the bad guys. It’s an easy way to attract someone with money.”

Hall said another person reported a similar incident recently, but had left his money at home so there was no robbery.

“That’s why we always recommend with these types of endeavors to definitely do it in a well-lit, well-populated area where people can see what’s going on,” he said.

Anyone with information about the incident can call the Winchester Police Department at 745-7400.