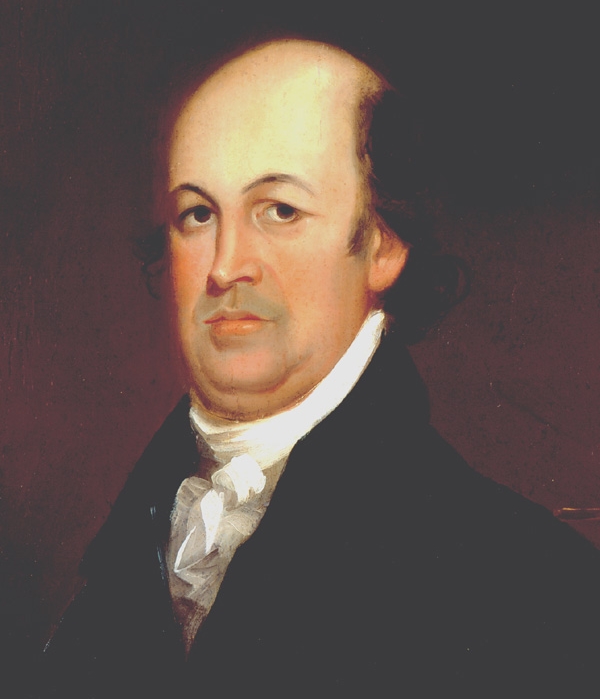 Where in the World: The whiskey rebellion in Kentucky

In 1791, as Virginia’s nine westernmost counties were in the process of gaining statehood, tumultuous proceedings in Philadelphia commanded the attention of Kentucky citizens.

The federal government, having assumed the Revolutionary War debts of the states, was searching for a way to raise the money. Since the government’s only source of revenue at that time was import duties, Treasury Secretary Alexander Hamilton convinced Congress to pass an excise tax on distilled spirits. The internal revenue act passed that March created an immediate furor in the west, where it was often said “every farmer was a distiller.”

At that time Kentuckians often converted their excess corn harvests to whiskey, a more portable and salable product. Instead of taxing wealthy eastern merchants and manufacturers, the government targeted the poor western farmers’ most marketable commodity. As a further insult, the whiskey tax had to be paid in cash by citizens who were still subsisting in a barter economy.

In southwest Pennsylvania open hostilities broke out with refusal to pay the tax and a fierce reaction against tax collectors that resulted in numerous violent incidents—assaults, tar and featherings, house burnings and more. In 1794 the situation escalated into gun battles with multiple fatalities.

President Washington, faced with an armed insurrection, called out the militia to put down the “Whiskey Rebellion.” That October an army of 13,000 men, headed by Gen. Daniel Morgan of Revolutionary War fame, approached Pittsburgh, and the uprising was suppressed without a shot being fired.

For a long time, it was thought Kentucky generally, if reluctantly, complied with the internal revenue law. More recent scholarship uncovered federal court records and Treasury Department accounts that show there was a whiskey rebellion in Kentucky, too.

Kentuckians were already incensed over failure of the federal government to protect them from Indian incursions and to secure open access to the Mississippi River, the lifeline of western commerce. Violent incidents here were isolated—distillers simply refused to pay the tax. The Treasury Department was certainly aware that no revenues were forthcoming from Kentucky, but they were at a loss how to force compliance. Military action was impractical and could have thrown Kentucky into the arms of Spain.

The chief revenue officer for the Kentucky district was Col. Thomas Marshall, father of John Marshall, the first chief justice of the U.S. Supreme Court. Colonel Marshall had difficulty finding men to serve as tax collectors and could not compel state or county courts to bring lawbreakers to trial. In one of the larger producing counties, where one collector had been assaulted and another robbed, Marshall declared, “No person worthy of trust living in Nelson County could be got to accept the job.”

The situation had a theoretical solution. This was a federal law, and the highly respected Virginia attorney, Harry Innes, had been appointed judge of the federal court in Kentucky in 1789. In practical terms, however, violators could not be prosecuted until a competent U.S. Attorney was appointed.

That commission went first to William Murray, who refused to bring charges against distillers during the 15 months he held the office. It took the Washington administration four years to find his replacement. The illustrious George Nicholas refused the unpopular appointment three times. Other luminaries who did the same included John Breckinridge and James Brown. Even Marshall’s son-in-law, William McClung, turned down the job. Finally, in December 1796 William Clarke of Maryland accepted the appointment.

As an outsider Clarke received no cooperation from a determined populace, and he proved to be less skilled than his adversaries, who took advantage of every loophole in the law. Of the 231 cases Clarke presented in federal court, not one distiller paid the full penalties prescribed by law.

Judge Innes was a stickler for procedure and due process in his court. First, a grand jury had to hear the charges. If they returned an indictment, the case had to go before a petit jury which required a unanimous vote to deliver a guilty verdict. Grand juries initially required 24 members and at many court sessions the summoned jurors failed to show up. Innes decreased the number to 16 but still had little success.

Another factor was the complex nature of the law that subjected distillers of different sizes to different rules. All distillers were required to register their stills and keep complete records of production. In Kentucky they did neither.

Hamilton tried modifying the rules to improve compliance. He agreed to allow payment of the tax in whiskey and followed that by agreeing to forgive taxes owed before 1795. Both failed to result in payment. He then offered to pay informers, a tactic that had worked in Maryland. But Kentuckians refused to turn in their neighbors.

Finally, in 1798 Innes decreed that no distillers be called to serve on grand juries, which had an immediate effect. The number of cases before the court increased dramatically. Sadly for Clarke, these were not followed by convictions, as juries refused to return guilty verdicts against distillers whose only crime was not paying what they perceived as an unjust tax. The bumbling prosecutor often sabotaged his own cases by failing to follow proper procedures.

For example, in December 1796 Clarke charged James Smith with obstructing a revenue collector. The case was continued each month until July 1798, when a jury concluded that Clarke had served the process on the wrong James Smith. Clarke then charged one James Smith, merchant, but could never bring him to court.

According to one account, Clarke managed to earn “the contempt of the judge, censure by the Treasury Department, and the embarrassment of his supporters.” In 1800, Colonel Marshall arranged for Clarke’s “promotion” to territorial judge in Indiana.

His capable replacement as U.S. Attorney, Joseph Hamilton Daveiss, oversaw a radical turnaround. His first case against a distiller resulted in a conviction, the first up until that time.

In all, Daveiss brought 315 cases. Few went to juries. Kentucky distillers got the message and paid their fines. Fortunately for those who had not yet been charged, the law was repealed in 1802 during the Jefferson administration.

Clark County distillers got caught up in the whiskey rebellion, too. This will be the subject of the next column.

Towering signs along Kentucky roadways tell the stories of the men and women, the places and events that shaped the... read more