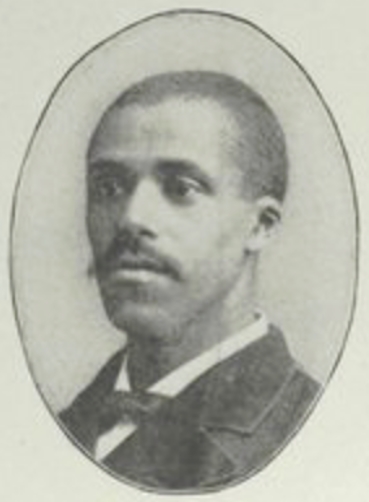 This is the fifth in a series of 20 articles that appeared in The Winchester Sun in December 1919 and January 1920.

The author, William Webb Banks (1862-1928), was the long-time editor of the Colored Column in the Winchester News and later in The Winchester Sun.

He was a graduate of the State Colored Baptist University in Louisville (later known as Simmons College).

He returned to Winchester where he taught school, wrote for the paper and was active in the Baptist church.

According to Collins’ history of Kentucky, the first colored person in Clark county to figure in history was “Monk” who was at what was called Estill’s defeat where Mt. Sterling now stands. He carried a wounded white soldier on his shoulder from the bloody Indian conflict to a place of safety, said soldier being related to one of the first white families of Clark county.

Dr. J. H. Tyler is the first colored doctor to start a private sanitarium in Winchester. Prof. J. H. Garvin was principal of the Winchester colored school for twenty years. Prof. E. S. Taylor, a member of a pioneer Clark county family, is now its most efficient principal.

Mrs. W. W. Banks had general charge of war activities in Clark county during the recent war and was an officer of the Kentucky Council of Defense.

Dr. A. B. Deany is one of the secretaries of the colored Kentucky State Medical Association.

The late Mrs. Mary Wills possibly did the largest volume of business of any colored person in the history of the county, which amounted to as high as 2,000 and 3,000 per month. She was the mother of Mrs. C. Vivion and Miss Carrie N. Wills, mother-in-law of Mrs. Sallie B. Wills and the grandmother of Mrs. Anna Mae Summers, all of this city.

George Brown, a home product, was for over twenty years the leading colored business man in the city of Louisville.