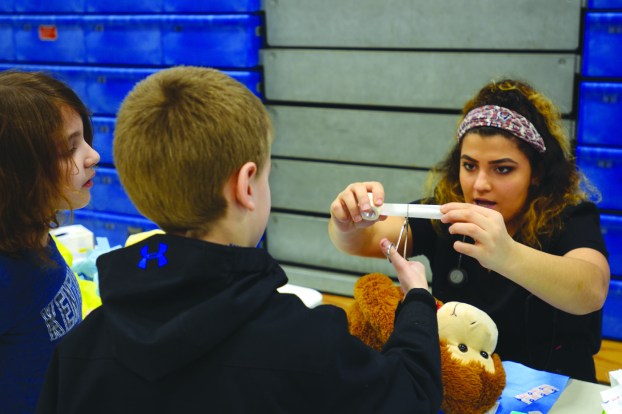 Ellie has the flu, so she needs a shot, Addison said.

Between the various booths, HOSA students examined, drew blood, gave shots, performed surgery, X-rayed and provided medication to the sick stuffed animals. The Teddy Bear Clinic is for students in kindergarten through second grade while the other students attend a health fair where they learn more about preventative health care and health careers.

“This lets children see what we do in the healthcare field,” Abner said. “It gives them an idea of what to expect when they are sick, and that it’s okay, they don’t have to be scared.”

Second-grade teacher Rita Smallwood said the clinic might inspire the children to go into the health care field later on.

“Not many children I know in my classroom have parents in the healthcare profession,” she said. “I think they’re getting to see something else other than office jobs, factory jobs. It’s good for them to see that.”

At Accu-Tax it’s all about family. And in the local tax preparation and accounting firm’s 40th tax season, that tradition... read more