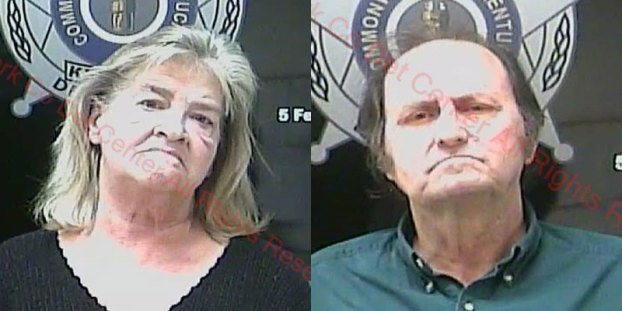 Two Clark County parents are facing murder charges after their son with Down syndrome died from malnutrition and dehydration.

Albert Christy, 61, and his 65-year-old wife Patsy Christy, were arrested Monday for murder after detectives received the final autopsy report.

EMS personnel were called to the Christy residence at 340 Schoolhouse Lane that day when Logan was reported as unresponsive, Perdue said. His remains were then sent to Frankfort for an autopsy.

“It was obvious he was malnourished,” Perdue said. The only fluids Logan received were from a sippy cup, he said.

Perdue said detectives began an investigation in December but had been waiting for the medical examiner’s report before filing charges.

The medical examiner reported there was nothing in Logan’s stomach at the time of death.

According to the arrest warrants, Logan’s room at the home was “unsuitable for anyone to live in and in poor condition. Perdue said it was worse than the rest of the home.

Logan Christy, Perdue said, had not had medical insurance or medical care since he was 18.

“The best we could get out of them was they did the best they could do, as far as takign care of the young man,” Perdue said.

There was no evidence of any physical injuries to Logan Christy, Perdue said.

Albert and Patsy Christy are both jailed on a $1 million bond for a single count each of murder. They are scheduled to be arraigned today in Clark District Court.