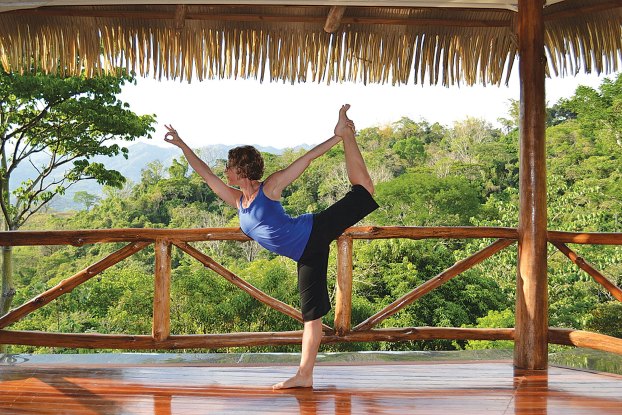 Fattening up your soul’s purpose can be complicated

For several years, I facilitated a yoga retreat in the Costa Rican jungle. We would spend a week meditating, eating fresh food grown on the property, flowing through sun salutes as the monkeys screamed in the trees. It was time out of time, a magical coda of humid sunshine and cacophonous tree frogs, hiking through the suffocating undergrowth, leaves as large as a bus. 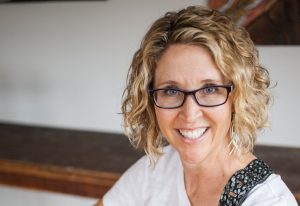 There was a shamanic healer who occasionally offered healing sessions. She was from a tiny village close to Nicoya, a peninsula that has been designated as a blue zone.

Nicoya boasts the second highest number of centenarians on earth. She might have been over 100 herself, a tiny, wizened Yoda who never stopped smiling, despite several missing teeth.

Of course, I wanted to know the secret of living so long and so well.

In my healing session, she looked at my tongue, held my hands and traced her impossibly soft finger across my collarbones, tutting occasionally in disapproval.

Then she declared, using the handful of English words she knew, that my plan de vida was too skinny and that I needed more sun, more sour fruits and more “bed time” (which she accompanied with a universal fist-bumping gesture that helped me figure out she meant sex instead of sleeping).

I stared at her for a long beat.

What the hell is a plan de vida and how could I fatten it up? She stood and dusted off her hands; our time was up and I was being dismissed. I bleated like a lamb, ravenous for one more crumb of information. She shooed me out the door, laughing a little at my confusion. The whole episode lasted less than 10 minutes.

I was looking for a Big Life Lesson here, an a-ha moment that would change the trajectory of my entire existence.

All I got was a stroked collarbone?

At dinner that night, I asked the retreat hosts about it. Ah, yes, they agreed, smiling. She gives everyone that advice. Always with the fattening of your plan de vida.

Plan de vida, they explained, is a Costa Rican idea meaning “soul’s purpose.” It’s often translated as “why I wake up in the morning.”

The world’s longest living people believe that the modern world often alienates us from our true calling. They believe, like our fingerprint, we each are assigned at birth a unique reason for existence.

Our soul’s purpose (or our plan de vida) is to figure out what that is and set about creating a life that will fulfill this destiny.

A strong plan de vida makes you feel needed and encourages you to contribute to the higher, collective good.

Blue Zone lessons from Nicoya emphasize finding joy in everyday chores and living close to all generations of your family (in most homes, at least three generations live under the same roof).

Investing more time and energy into people than jobs or material possessions creates a deep sense of meaning and place.

The Nicoyan diet is primarily plant-based. Their drinking water contains more calcium and magnesium than anywhere else in Costa Rica, resulting in fewer fatal hip fractures. They also drink a little wine every day, walk everywhere and get sensible amounts of sun.

They are geographically located close to tropical forests and the beach, the symphony of nature writing a song on their souls in a way most of us cannot fathom.

Maintaining their cultural and faith-based traditions has resulted in a people with the lowest stress levels on earth.

That bears repeating. These people don’t only live to be 100 in record numbers, they display none of the stresses of modern-day society.

According to blood samples, Nicoyans have the longest telomere length of anyone on earth. Telomeres are genetic biomarkers that are considered good indicators of aging. Plan De Vida is written as much in their cells as on their souls.

A few days later, I saw Yoda outside her healing room, taking a break from telling tourists how to get their you-know-what together.

She was listening to an iPod and drinking a Fanta, nodding her head to some barely-audible beat, but which sounded suspiciously like Destiny’s Child (I’m pretty sure it was “Bills, Bills, Bills”).

She caught my eye and grinned, shrugging a little, as if to say, “Oh, yeah. Sometimes your soul’s purpose is a serious endeavor. And sometimes it’s some R&B and a fruity Coke product.”

Erin Smith is the owner of the OM place in Winchester, the author of “Sensible Wellness for Women” and the online host of a yoga and mindfulness channel for Eppic Films.Send her a shout out at erin@theOMplace.net or play along at www.theOMplaceChannel.com.

Even if you don’t win, you’re not loser

I believe our sports teams in Clark County need extra recognition this year, especially the Lady Cardinals basketball and the... read more