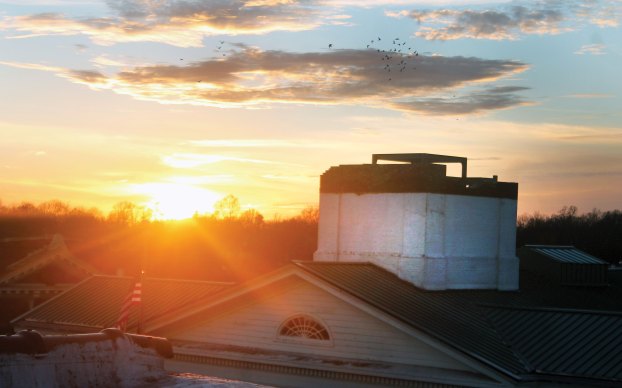 The new bell tower for the Clark County Courthouse is still on track for delivery and installation later this spring.

Clark County Judge-Executive Henry Branham said he expects the new tower to be dleivered and installed some time in April, likely later in the month.

Spring can’t come soon enough as the courthouse continues to have issues with water leaking form the roof when it rains, Branham said. Contractors need two consecutive nights with temperatures above 40 degrees to install a more permanent roof where the tower was located.

The original tower was removed and demolished in November. The tower had become structurally unsound through the decades and was causing leaks into the courthouse as well.

The bell and the clock faces were saved, but the tower itself could not be saved.

Design and construction of the tower was expected to take several months to complete.

The project was financed as part of a bond issue, which included new equipment for the county road department and the county fire department.