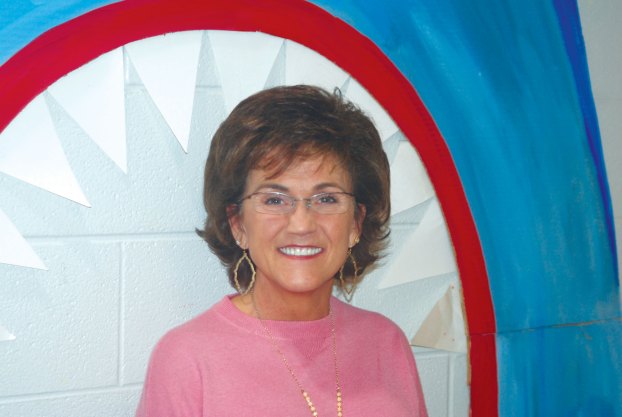 After retiring, widow fell in love with helping at local elementary school

Debby Moberly was searching for something to do.

She and her husband, Dr. Harold Moberly, had retired in 2013 from his practice, where she had worked for 28 years.

A year and a half later, Dr. Moberly died, leaving an indescribable void, Debby said.

She was trying to figure out what to do next when one of her granddaughters unknowingly provided the solution.

“My granddaughter started kindergarten (at Shearer Elementary) last year,” she said. “I came up and started volunteering. I absolutely fell in love. I love the people. This place has the best atmosphere.”

Moberly usually spends a day a week working in the background at Shearer, helping where she can.

“I do more for the teachers than I do the kids,” she said. “I make copies. This year, I’m organizing for a teacher. If my teachers don’t have much for me, I’ll come to the library.”

Sometimes she will take things home to laminate for other teachers, she said.

“Teachers have my absolute greatest respect,” she said. “I think they need all the respect they can get and all the help they can get.”

Being in the school frequently has offered a new perspective.

“It’s really opened my eyes,” she said. “I’ve had 5 and 6 year old kids before. I can’t imagine having 25, trying to get them all to behave at the same time and learn something.”

It’s also shown Moberly all that is really involved in education.

“It’s opened my eyes on how much there is to school,” she said. “It’s a team, (which) I never really gave any thought to. It’s not just the teachers.”

It’s also given Moberly a task outside of her personal interests.

“It’s helped me more than the teachers,” she said. “It’s given me a purpose and I truly enjoy it, and I love being around my granddaughter.

Under the harsh light on stage, students lined up to practice their bows. “Did I shine my shoes?” “Yes, I... read more