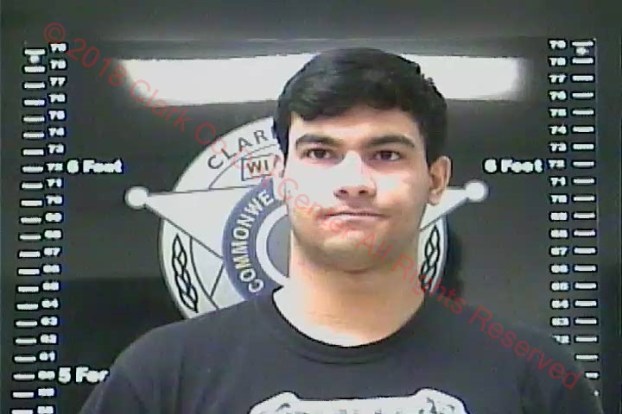 Suspect in rape case due in court March 28

Editor’s note: It is The Winchester Sun’s policy not to identify victims of sex crimes. With that policy in mind, we have opted not to identify the mother of the victim in this case.

A Winchester teen charged with rape is due back in court next week.

Andre McKyle Delgado, 18, of 253 Cook Ave., is charged with second-degree rape (no force). He is scheduled for a preliminary hearing Wednesday, March 28, in Clark District Court. During his arraignment Monday, an automatic not-guilty plea was entered.

Delgado is charged for allegedly having sex with a 13-year-old girl March 10.

The victim’s mother reported the incident to Winchester Police March 15 and Delgado was arrested the following day.

According to the mother, her daughter was spending the night with a friend on March 10. The two girls snuck out of the home and were allegedly picked up by another teenage boy who was supposed to drive them to a party.

“The girls said he gave them alcohol and told them he was going to stop at his friend Andre’s house first,” she said.

According to Delgado’s arrest citation, he told police an acquaintance brought the girls to his house.

Delgado, “stated the two females had been drinking and was in possession of alcohol.”

Police said Delgado told them the girl started “grinding on him” and wanted to have intercourse.

He admitted to police intercourse occurred, but said the girl stated she was older.

“When asked how old he thought she was, the defendant stated the 13 year old told him she was about to turn 16 years old,” the citation states.

The victim’s mother said she was not notified of the incident until nearly a week later when the parent of the other juvenile girl shared a cellphone screenshot with text messages regarding the incident that read, “I wish we hadn’t had sex.”

“I wish I had known sooner so I could have taken more precautions for my daughter,” she said. “She made a really bad decision that night and the worst thing that could have happened happened. She said she did not remember a lot about the incident because she had been drinking.”

According to Kentucky law, second-degree rape involves being 18 years or older and having sexual intercourse with someone who is younger than 14 or who is mentally incapacitated.

Second-degree rape is a Class C felony and carries a possible sentence of five to 10 years upon conviction.

Delgado is housed at the Clark County Detention Center on a $50,000 bond. According to court documents, he could be released on house arrest after posting $5,000.

Trial set for suspect in torture, rape from 2016

A Clark County man accused of torturing and raping a woman in 2016 is set for a May trial. Jeffrey... read more