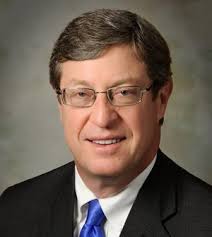 In the coming year, a foundation tasked to improve health in Kentucky will begin a push for counties to establish smoking bans.

Ben Chandler, president of the Foundation for a Healthier Kentucky and a former Congressman for Clark County, said he would like to see each county enact a comprehensive smoking ban, which would prohibit smoking in any public building.

In 2009, the Clark County Health Department enacted a regulation to prohibit smoking in public buildings. The Kentucky Supreme Court overturned the bans in 2014 in a case from Bullitt County by finding health departments did not have the authority to enact smoking bans.

Legislation has been filed in the state legislature in recent years for a state-wide smoking ban, but none has been passed.

Clark County Judge-Executive Henry Branham said he met with Chandler when he stopped in Winchester this week. Presently, the county has prohibited smoking in county facilities.

The county fiscal court could approve an ordinance prohibiting smoking in the county, but one of the many questions is whether it would apply within the city limits of Winchester as well as the extent of any bans.

“Lexington did exempt a few places like cigar bars and private clubs,” Branham said. “How far do you want to go to regulate it?”

“(Smoking) is costing all of us,” Chandler said. “It’s killing us. We lead the nation in cancer.”

The Foundation is also pushing for a $1 increase in sales tax on a pack of cigarettes during this session of the Kentucky General Assembly.

The Boonesboro Lioness Club and Hospice East have teamed up for the 29th year for an auction with bigger and... read more