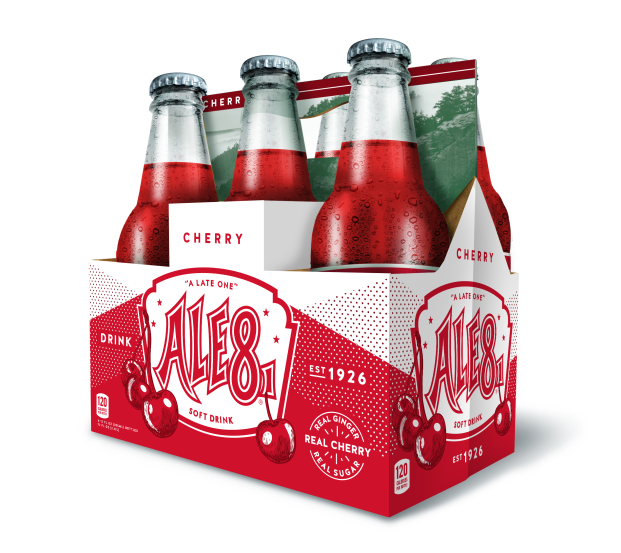 Ale-8-One announced Thursday the release of the first new flavor in its 92-year history.

Cherry Ale-8 will debut in soda fountains this weekend in five convenience store locations around Winchester and the Red River Gorge.

Cherry Ale-8 will also be available through the company’s website.

“Cherry Ale-8-One is a bright and refreshing soft drink made with real cherries in addition to the secret family recipe that has made Ale-8 such a favorite for decades,” according to a press release issued Thursday.

It contains no artificial colors or sweeteners and is 120 calories per 12-ounce serving.

“As a fourth-generation family owned company, we have to be confident that any new flavor is ‘Wainscott Worthy’ before we offer it to our fans,” said Wainscott’s great-great nephew and Ale-8 owner Fielding Rogers. “Uncle Lee had notoriously high standards, and we feel sure he would be proud of what we have created with Cherry Ale-8.”

“This is truly an exciting day for our company,” she said. “We have worked for several years, formulated dozens of recipes and finally taste tested this new flavor with many, many fans before we were ready to say, Cherry Ale-8 is here.”

Ale-8-One has been bottled in green glass in Winchester, Kentucky, since 1926.

The company’s founder and inventor G.L. Wainscott developed the recipe. To this day, the company continues to be independent, locally owned and family operated by Wainscott’s great-great nephew, Fielding Rogers.