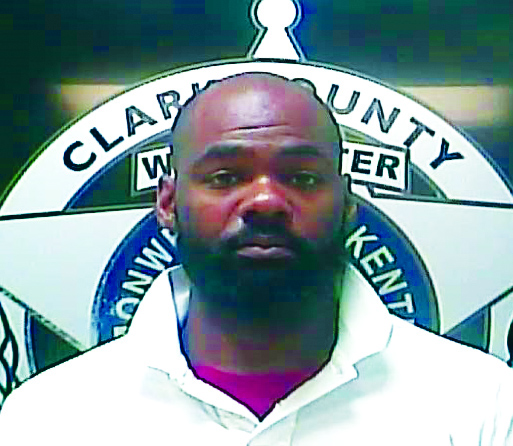 An Ohio man accused of holding a woman at knifepoint, threatening her son and raping her in 2016 is going before a mediator.

In felony mediation, a mediator, often a retired judge, will meet with all parties to the case, including the victim, defendant and prosecutors, in an attempt to reach an agreement to resolve the case. The defendant is not bound to accept the resolution and the trial judge is not required to accept it.

The victim, Latoya Rawlings, testified in Clark District Court in May 2017 that she had been in a sexual relationship with Johnson. (Rawlings gave permission for her identity to be used). She said Johnson arrived at her home in Winchester on the afternoon of Sept. 21, 2016, and said he needed $100 to get back to Ohio. Rawlings said he had been to her house earlier in the day, but was angry when he returned and asked for the money.

Rawlings said Johnson took a knife from the kitchen told her and her son to sit on the couch. At one point, she said Johnson grabbed her son by the throat and threatened to break his neck.

She said Johnson made her drive him to Central Bank to withdraw $100 while he was still armed with the knife. When they returned to her home, Rawlings said she and Johnson had intercourse while the child was in another room.

“Whatever (Johnson) wanted, he could have,” Rawlings said at the time. “I didn’t know what was going to happen to us.”

She said Johnson then cleaned up and left.

In a recent interview at the Clark County Detention Center, Johnson said he found 70 inconsistencies in the police reports and testimony offered in Clark District Court.

Johnson, who said he was dating Rawlings’ sister at the time, said he was not armed with a knife.

“I admit to being morally wrong with having sex with two sisters,” Johnson said. “What (Rawlings) said never happened.”

Johnson, who was living in Lexington at the time, said he was planning to go from there to Ohio on the date of the alleged incident. He said Rawlings kept calling him and wanted him to come to Winchester.

“She already agreed to give me the money,” he said.

When he arrived, he said Rawlings told him she didn’t have the money.

Johnson said he never had a knife. When they returned from the bank, Johnson said he was playing with the child when Rawlings asked him to come into the bedroom. He said they went on to have sex, after which he cleaned up and left.

“I got on the freeway and I’m headed to Ohio,” he said. “She never told anyone we had a sexual relationship. I didn’t rape that woman. I didn’t rob that woman.”

Johnson is already scheduled for a trial May 21, but in Clark Circuit Court Thursday, his attorney said the case is set to go before a mediator May 11.