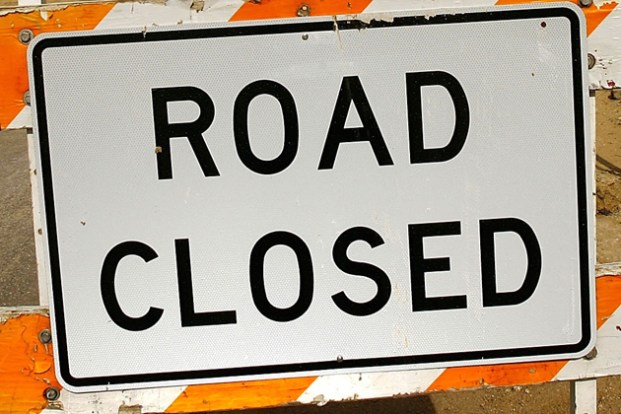 As the hole in the middle of North Main Street continued to grow with the scope of a storm sewer repair, Rapha Ministries became more concerned about the safety of their location.

Last week, the free health care clinic’s board voted to relocate temporarily within Grace Bible Church, a former elementary school about a block away from Rapha’s office on North Main Street.

City officials closed North Main Street in front of the Winchester Municipal Utilities office in late March after discovering a storm sewer line had collapsed and eroded the soil underneath the street.

Last week, the Winchester Board of Commissioners approved an expanded contract to replace another antiquated storm sewer pipe found under the collapsed one.

“Things are getting larger rather than smaller and our confidence in staying there grew smaller,” Pica said.

“Before we could get to the question, Grace Bible said, ‘Yes. Where can we put you?’” Pica said.

Last week, a team of volunteers loaded necessary equipment on a truck and moved it about a block away to Grace Bible Church, which is the former Fannie Bush Elementary School.

“It’s really perfect … and it’s close to the clinic,” Baker said. “The room is large and it’s private. We have a waiting room area and a makeshift lab.”

“I was pleased,” she said. “Our staff has risen to the occasion.”

Baker said Rapha will stay at the church until the road work is complete.

Winchester City Manager Matt Belcher said the project is still on schedule, despite recent rains. Construction is expected to take about three more weeks, he said.