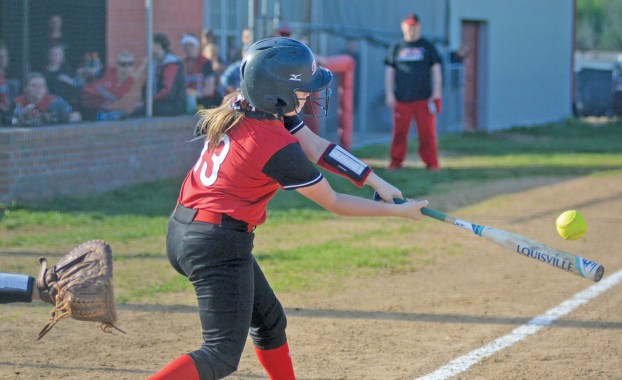 George Rogers Clark’s story of the night was the inability to hit the ball against Rowan County while Rowan was a force against the Cardinals’ defense.

The Cards did not collect their first hit of the game until late in the third inning and finished the game with only two hits.

Meanwhile, the Vikings scored three of their six runs early in the game with an early triple, a sacrifice groundout and then a double.

Ashley Martin took the loss on the mound for GRC as she pitched through all seven innings and finished and five strikeouts, no walks and 11 hits.

Paige Caudill and Marly Rogers led the Cards in hits and each tallied a single.

Head coach Daniel Rogers did not feel that his GRC team played up to their usual game.

“We didn’t play up to our standards tonight,” he said. “Our swings were off and our defense was off. Sometimes you have those nights whenever you play so many games. Every now and again you are going to have nights that aren’t clicking for you.”

Junior and centerfielder Christina Young said that the team was not in it together nor were they on the same page.

“I don’t think our heads were in the game tonight,” he said. “I think we were distracted by a lot of things and got upset. That kind of tore us down a little bit.”

GRC had previously won two games in a row by blowing out Berea and Montgomery County before falling to Rowan and Rogers said his team lost the fundamentals Thursday that was used to give the Cards those victories.

“The last two games we played fundamentally sound defense, our bats were working, we were staying on top of the ball and were swinging at it well. Our pitching was good and we were playing really well and we came in tonight maybe a little too confident from the past two games and just didn’t keep it where it needed to be and stay in our zone. We let them beat us.”

Young agreed that the fundamentals were in their favor in the previous games.

“Fundamentals, like coach said,” she said. “We dropped our shoulder on the ball a lot. We weren’t reading the ball correctly and it was just small things like that.”

Young said that there certain aspects that the team needs to work on things off the field before they can see success or get to where they need to be on the field.

“We need to work on our attitudes,” she said. “We have to get our spirits up and start hitting the ball and playing well which allows our fundamentals to help us play well. I think that’s what we’re working on to get number one in the district.”

GRC will have an opportunity to bounce back as they face district opponent Paris Tuesday night and Rogers said that this game could set the tone for the rest of the season.

Young said that Paris is a big game and that her team is looking for revenge from last year.

“This game is going to be huge for us,” she said. “Last year they like to beat us a lot and when we beat them this year we used that as motivation and we are in it to win it.”

Rogers said his team is going to have a short memory from their loss to Rowan when Paris comes to town Thursday.

“Tonight was just one of those nights that every once in a while you just forget where you are at. This was a humbling experience for us tonight because they were a team we could beat. They were good, but that’s definitely a team we could beat. We’ll get our heads back on straight and come out ready for tomorrow.”

Young said every game is important, but higher stakes are on the line when it comes to district games.

“We are always motivated to dominate any district game so I feel like with this team coming in tomorrow, we will be ready to get down on balls and smack dingers.”

GRC will face Paris beginning at 5:30 p.m at Cardinal Heights.