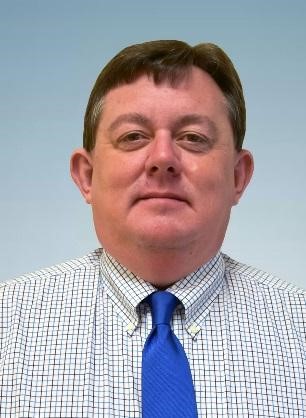 Principal of the Year: GRC admin earns state award, to be considered for national title

David Bolen, principal at George Rogers Clark High School in Winchester, has been recognized by the Kentucky Association of Secondary School Principals as their 2018 Principal of the Year.

Bolen has served as principal of the school since 2010 and has contributed 26 years of service as an educator, according to a release.

“The high school is definitely my passion as I have spent all but 4 years of my career at the secondary level,” Bolen said in a release.  “I believe students need to be fully prepared for either college or the workforce. High school as we know it must evolve to meet the ever-changing demands of students and I believe GRC is doing just that.”

He will now move on to consideration for national principal of the year by the National Association of Secondary School Principals in which the winner will be announced in October in Washington, D.C., during national principal’s month, according to a release.

“This is an awesome recognition for Mr. Bolen,” Clark County Schools Superintendent Paul Christy said. “He has fostered tremendous growth for the students and staff of George Rogers Clark High School in his years as Principal.  Under his leadership, GRC has become a school of distinction and one that others use as a model to improve their schools.”

Bobby Bennett, the Kentucky Association of Secondary School Principals (KASSP) president, said it was Bolen’s passion that earned him the honor.

“(Bolen’s) passion for serving all students makes him an outstanding representative for the incredible work of Kentucky’s High School and Middle School administrators and a solid candidate to be recognized at the national level,” KASSP President Bobby Bennett said.

The Clark County Board of Education will recognize Bolen at an upcoming meeting.