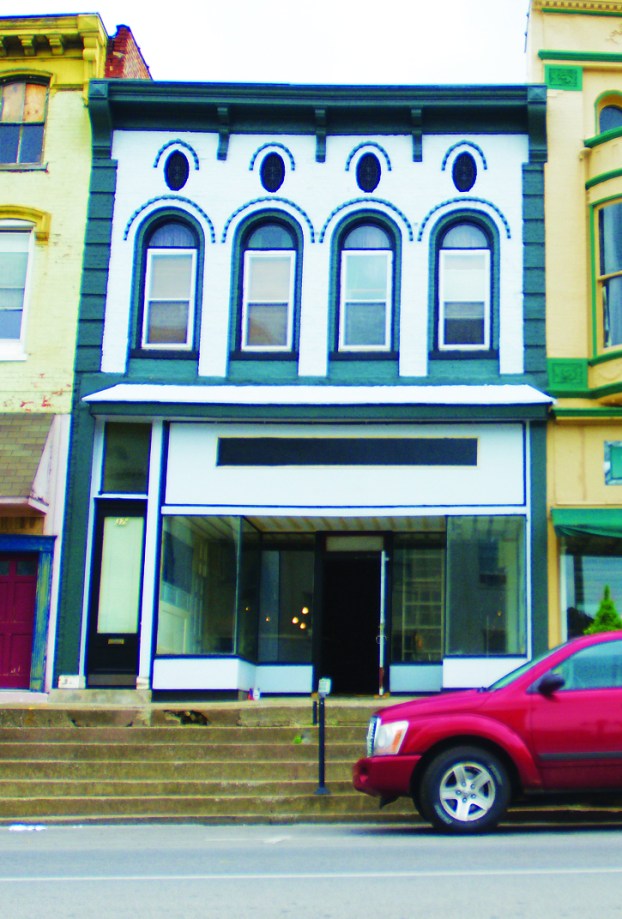 Steve Atkins, owner of Engine House Pizza + Pub, is opening a new restaurant called 39 Main which will be housed next to the Winchester Insurance Agency.

Steve Atkins has spent the majority of his adult life owning and operating restaurants, and he’s on the verge of opening his latest venture.

Atkins said he hopes his new restaurant, Thirty-Nine Main, will open in late May or early June, but the dates are subject to change.

Atkins opened his first restaurant, Crossroads, in Lexington many years ago, but it was an unsuccessful first try — a nod to Lexington’s restaurant overpopulation, high rent and the stiff competition.

“That was a great learning lesson,” he said.

Alas, he tried again, despite the emotional toll it caused. He never liked working for other people anyways, Atkins said.

This time, though, he opened a restaurant in his hometown: Winchester.

With a few branding and menu changes along the way, the Engine House Pizza + Pub has been wildly successful, he said.

Atkins said Engine House has been successful not only because of its atmosphere and great food but because of the close-knit staff.

With the support of his family, his staff and the community, it was time to grow, he said.

“I’m very lucky and fortunate to have the support from these folks,” Atkins said.

Plus, he was already in debt — so why not, Atkins said.

Now seemed to be a good time, too. Downtown Winchester is undergoing a huge transition, he said.

Atkins said he has always been around the restaurant industry. His uncle owned and operated a local restaurant when Atkins was just a young boy.

“There was always so much action, an upbeat tempo,” he said about his uncle’s restaurant. “The guests were always very happy.”

Thirty-Nine Main will be open Wednesday through Sunday, opening around 11 a.m. every day besides Saturday, when the restaurant will open at some time between  9 a.m. to 10 a.m. for brunch.

Atkins said each Thursday there would be a new international dish such as Vietnamese, Korean and Caribbean dishes and more. He hopes to have a seafood special every day and will feature some of the original items from his Engine House Deli menu.

On Sundays, there will be a homestyle family meal featuring items such as mashed potatoes, green beans, fried chicken, rolls and more.

Atkins said he hopes the new restaurant will draw even more people downtown and away from Lexington.

“We’ve got great support from certain cutouts from different demographics, but there’s still a strong demographic that is going to Hamburg in Lexington, which is absolute garbage,” Atkins said.

Atkins said he is passionate about encouraging people to eat local, whether it be at his restaurant or any of the other local restaurants in town.

The money made in local restaurants goes right back into the community, he said.

“I pay taxes, the money that I make is spent and reinvested in Winchester,” he said. “The money in Hamburg does not touch Winchester. It does not pay for our kids.”

Above all, Thirty-Nine Main is unique, Atkins said.

“We offer something that Hamburg does not,” he said. “And that’s originality, creativity and it’s independent.”

Atkins said he hopes to have some form of patio service at Thirty-Nine Main.

Thirty-Nine Main will also have an expanded spirit selection, with a focus on craft cocktails and an expanded wine selection.

Atkins said folks could stay tuned for its official opening date via social media and their website, which is currently in the works.

“There’s not another restaurant in the state like Thirty-Nine Main,” he said.

The Clark County Board of Education discussed at length potential increases to pay schedule rates for classified and certified staff... read more