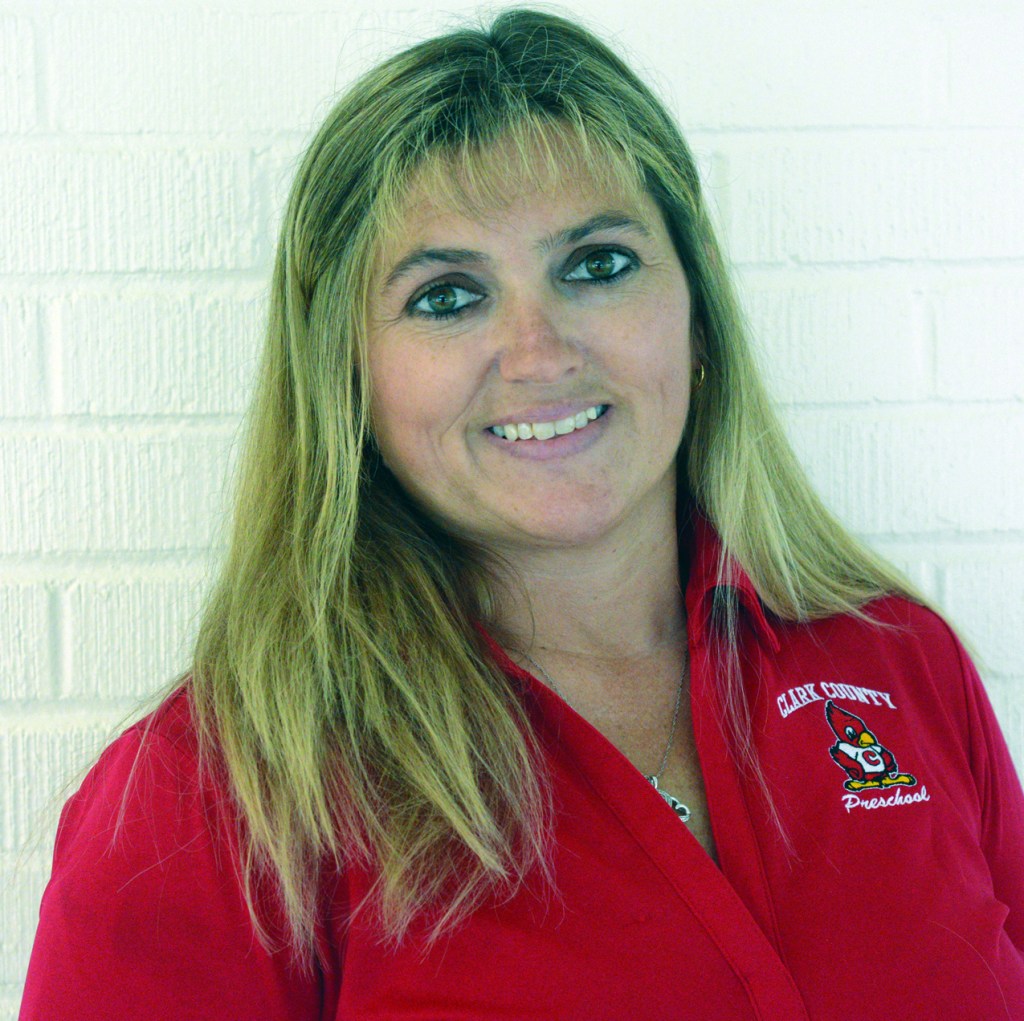 Jillian Brinegar has been teaching at the Clark County Preschool for 11 years.

Jillian Brinegar was in her third rotation of nursing school as an SRNA when she realized her heart was somewhere else — early childhood education.

Brinegar discovered her true passion when taking early childhood classes as a part of her emphasis on pediatrics in the nursing program at Eastern Kentucky University.

“I would have never known or thought I would become a teacher,” she said. “…I changed my mind and went into education, because I learned through those classes at Eastern that’s where my passion was, that’s what I wanted to do.”

At first, her family wasn’t thrilled as it meant extra schooling, especially since Brinegar had already dedicated several semesters to the nursing program. But it was the right choice, she said.

“I had to do what made me happy,” Brinegar said.

Brinegar is now in her 11th year as a teacher at Clark County Preschool.

“I was one of the first girls on the girls’ high school soccer team,” she said.

Brinegar said she loves being able to teach in her hometown.

“This is where I plan on continuing teaching until I can’t teach no more,” she said.

She intends on returning to school to earn her Rank I certification and possibly pursue a doctorate degree.

Children ages 3 to 5 years aren’t given enough credit for what they know or are capable of doing, Brinegar said.

It’s the period in their lives when the “lightbulb” starts to develop,  Brinegar said. Her most significant accomplishment is nourishing those lights, and she collects data on her students to see just how far they have come.

“I see this child who didn’t know hardly anything, barely knew what a circle was,” she said. “They didn’t know how to sing the alphabet. And now they recognize letters, they’re writing letters, they know their sounds. It’s just a great accomplishment as a teacher to know you made a difference in that child’s life.”

For Brinegar, being a preschool teacher is particularly special because she is the first teacher many of the students will have.

“This is their foundation to education,” she said.

Brinegar said one of her favorite things to teach is social skills, teaching students how to express feelings, emotions and more.

Though the hardest and most heartbreaking part is when the preschoolers graduate and move on to kindergarten. Brinegar said she could have some students from one to three years.

On her first day teaching in 2007, Brinegar was nervous. Regardless of the hours of training, classes and student teaching, nothing prepares someone for that first day on the job, she said.

“My number one concern with my first day was making sure that I had all my children at all times, that they were safe, that they were fed, they pottied, and then I got them all home on the right mode of transportation,” she said.

And every first day after that, the goal is the same, she said.

Brinegar said she has recently been trying to incorporate more sign language into her classroom to make learning more accessible as well as pairing auditory learning to visual learning.

Although the expectations of teachers and students have doubled, somehow, the teachers find balance, Brinegar said.

No matter the challenge, teachers always figure it out, she said.

“There’s always an alternate way to teach something to make it interesting,” she said. “If the children aren’t interested and they’re not engaged, then they’re not learning. So it’s my job as a teacher to find out find the ways to teach lessons that are interesting and engaging.”

The best part of any day is arriving at school and walking into a classroom with children who welcome you with a smile and hug, Brinegar said.

“There’s nothing better than that,” she said.

Outside of teaching, Brinegar is active in helping with her daughter’s school soccer teams. She is also the secretary of the local 4-H Council and is set to leave for 4-H camp in a few weeks to be an adult counselor. An avid lover of camping, fishing and the outdoors, Brinegar said, she’s a bit of a “country girl.”

She also makes time to spend with her “preschool family.”