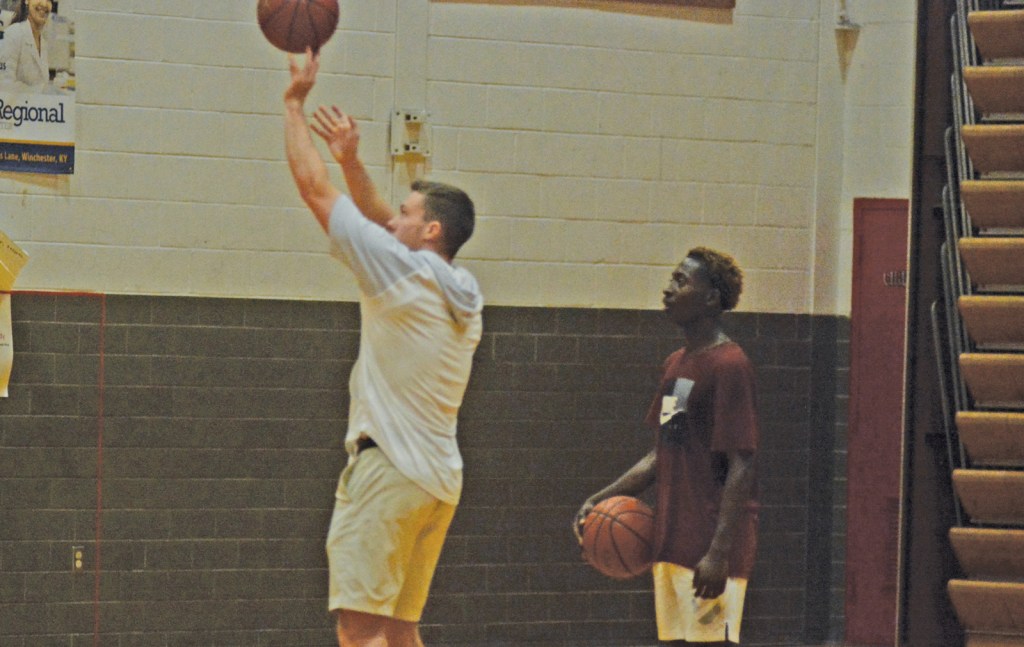 From playing on the big stage in the NAIA National Tournament and making it to the Sweet 16, Howard decided to take on a new role for a different team.

Fresh out of college, Howard became an assistant basketball coach at GRC just weeks after graduating.

This week was the first week of summer practices for the Cardinals which means Howard has had a busy week transitioning from Campbellsville back to Winchester.

Aside from coaching, Howard works at Conkwright Elementary School and said it is a true blessing to have the opportunity that he has now.

“It’s a great opportunity honestly,” he said. “I could not have asked for anything better. I have always wanted to coach since I was a sophomore in college and I just really started to get attached to basketball. I enjoy the game and I really want to make kids better and better people.”

Howard said he is excited to see the kind of impact he can have on the kids.

“I’m really looking forward to seeing them get better,” he said. “Not only as players, but as people too. I am going to try and institute a lot of things into our practices to make them better.”

“I am more worried about coaching kids and teaching them the ins and outs of the game,” he said. “I am used to being around college kids that you don’t have to teach anything yourself to. It is going to be a lot different.”

Howard said he can’t wait to get started and see how his first season coaching the freshmen will turn out.

“Goals I have set is to obviously win games,” he said. “Ultimately that is all I care about, but other than that I want to help prepare the players to succeed on the varsity level for years to come.”

Howard said a goal he set for himself as coach is to be the best role model possible.

“I just want to do the best job as I can as a coach,” he said. “I want to be somebody they can look up to or talk to if they need somebody. I just want to also teach them the game of basketball the best way I can.”

Howard knows he will have a lot on his plate in his first year, but wants to make his presence known.

“I want to have an intense mentality,” he said. “Obviously I am closer to their age and I do not want to get walked on top of. I just want to stay mentally prepared for different situations. I have never done this before so it will be an adjustment. It is a new learning experience everyday.”