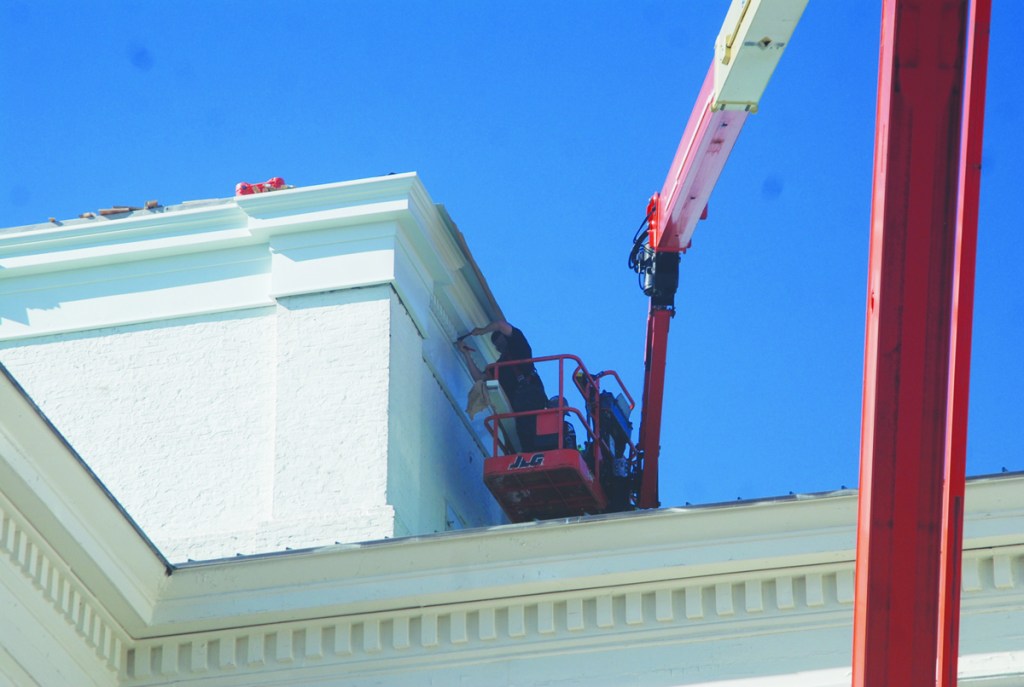 Workers with Structural Systems Repair Group install some of teh cornice work on the Clark County Courthouse roof Thursday. The cornice is part of the project to replace the bell tower, though the tower won't be ready until later this summer. (Photo by Fred Petke)

Workers were back on the courthouse roof Thursday installing part of the cornice where the bell tower once stood. The tower was removed and demolished in November. The new tower likely will not be ready until later this summer to take its place atop the courthouse. The new tower will be identical to the previous one.