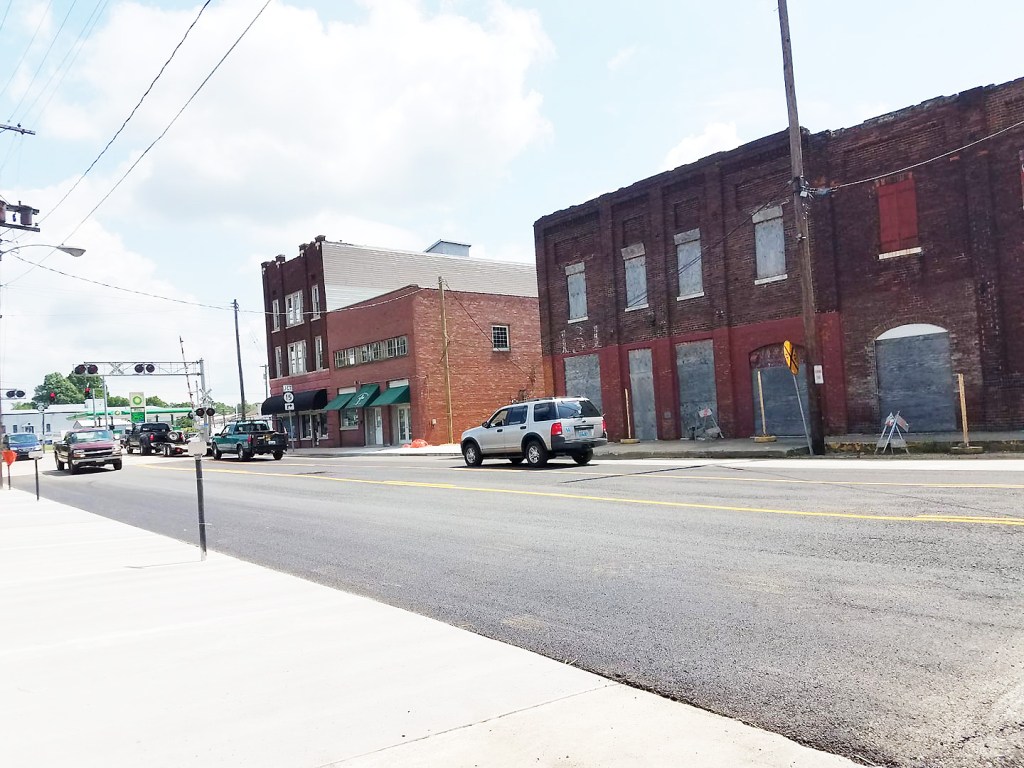 After more than a month of closures for repairs to a collapsed storm sewer beneath, North Main Street reopened to traffic this weekend. (Photo by Robert Blanton)

After more than a month closed, North Main Street reopened to traffic this weekend.

The portion of North Main from Depot Street to Winn Avenue was closed while crews from Lagco Construction worked to repair a collapsed storm sewer line beneath the street.

The street was closed in late March in front of the Winchester Municipal Utilities office after it started to crack.

The initial investigation found a storm sewer line had collapsed and washed away the ground underneath the street.

The leaking pipe eroded the soil underneath the road.

Initially, the project was going to cost about $75,000 to replace the collapsed pipe and restore the road.

In April, the city commission approved the first change order of nearly $140,000 to repair other older storm sewer structures which were uncovered during the excavation.

Since work began, the scope of the project grew twice to replace additional pipes well beyond their life expectancy.

A second change order was approved earlier this month more than tripling the initial cost estimates to more than $242,000.