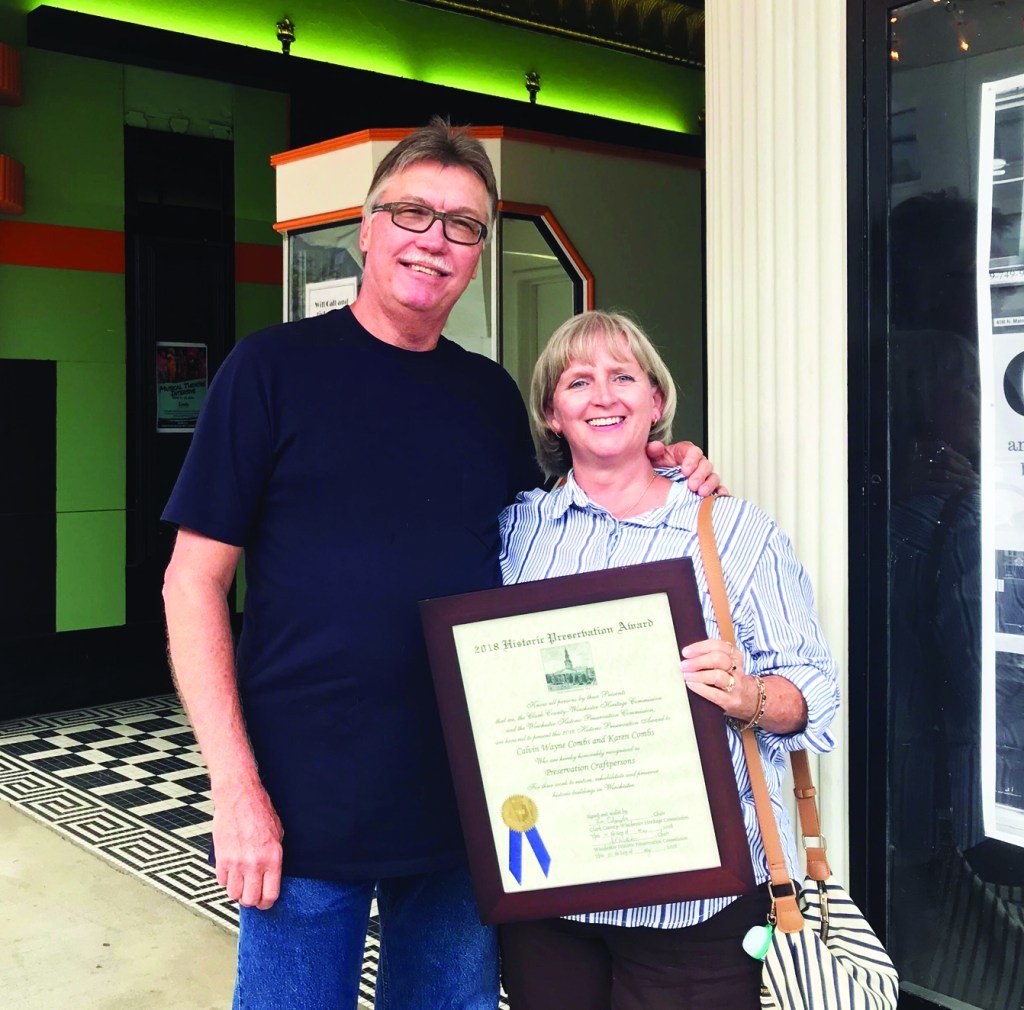 Eight awards were given out Tuesday night to honor the historic preservation efforts by many Clark Countians.

Preservation Awards Committee Chair J.R. Wilhite said the community is fortunate to have people who are committed to preserving history.

Nominees must have completed the projects within the last 24 months to receive an award.

Joan Pursley Mayer, who accepted an award for her work on the turnpike fence, said even thought it’s hard work, it’s crucial to preserve pieces of history throughout the county.

Burtner said he believes there is a renaissance underway, especially in the downtown district. He presented an award to Sherry and Will Richardson for their work on 27 N. Main St. where they converted the storefront into a viable location for their overhead door business and turned the upstairs into an exquisite living space.

“This renaissance is being led by young people,” he said. “…The future of this community rests with people like the Richardsons.”

Steve Atkins, recipient of an award for his work on 9 W. Lex Ave., said everyone who received awards is part of a massive effort to revitalize the town. He said he hopes more people get in on the effort and support the projects and businesses that are developing.

“We’re making some strides to make it better,” Atkins said. “Winchester was huge once upon a time and to be able to bring that back and bring these beautiful buildings out of dilapidation into a sense of pride.”