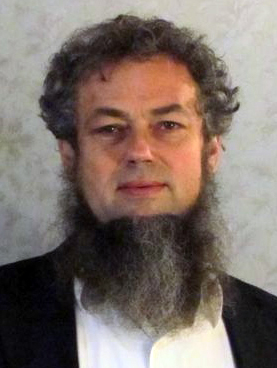 Our country would do well to take note from Kentucky’s state slogan, “United We Stand, Divided We Fall.” It is a fact, that no large group of people can unite under one belief.

We have all had different experiences which lead us down different paths and help us to form diverse conclusions. So to expect a universal belief, is naive at best.

To bring about unity in diversity requires a degree of courtesy and respect for one another.  People working together for common good can incorporate a diverse community into a strong working machine when we respect the other person for who they are and realize their motive is good.

We can call ourselves liberal or conservative, but those labels, seemingly opposed to each other, include a unified desire to seek justice and equity for all people.

Jefferson College at Pilot View sponsored Dr. Iglahliq Suuqiina to represent the Inuit nation and inform us of their ways, customs and trials.

While the Inuit nation no longer is well known in our nation, it once had dominion over almost all of Canada, the northern US, Greenland, Iceland and parts of Russia. It controlled a larger land mass than the Soviet Union, yet we don’t even read about it in our history books.

We didn’t know that their “Great Spirit” was the Creator God. We hadn’t ever heard about the prophecies which made them embrace Christianity in mass because it was an extension of what they already believed and were prepared to accept.

Too often when we meet people who do not look like us, or speak like us, we try to distinguish the ways in which we differ. Such focus on differences blind us to our similarities. It is those things we have in common that will drive us to work together in spite of our differences.

Few people think that murder is okay. I suspect that even most murderers would not embrace a society that encourages murder. Liberals and conservatives agree that it is wrong to kill other humans, unprovoked and not in self defense.

Considering this, we should view each other at least as having good motives. If we portray our political enemy as being evil, without good motives, we misrepresent their view and set up a polarization in society that stops most dialogue and effective action in accomplishing any common goals.

The Christian community should be the leaders in bringing together a loving environment which could end polarization and bring about a common good for all.

Our holy writ is absent of anyone who is designated as a person to hate. We are told to love our enemies as well as our neighbors. If we began to live out the message Jesus gave us, we would be the most effective people on earth.

When we get bogged down in details, we often make it impossible to move forward.  People may have the same desire, only differing on the methods of obtaining that desired goal. So we should show respect for the proper desire of those who approach things differently.

When we learn to recognize our opponent has good intent, we at least free the room for open discussion. Nothing is more of a deterrent to effective progress than polarization in people with common goals.

Some will say that Jesus never compromised. I suspect we have not considered how He worked among prostitutes, thieves and sinners. He didn’t compromise His personal beliefs by following their actions. Is it compromise to discuss ways to meet a goal with people who are not exactly like us?

We must learn to distinguish between a belief and a method to accomplish a goal. Even though I believe in a certain method, maybe someone else’s method will work as well or better.  Jesus taught us actions and behaviors, not methods. Maybe our focus on specific details is too limiting.

Let’s focus on the goals while treating opponents with respect and not make our methods superior to our goals. Unity in diversity comes from sharing ideas and considering what we previously had not. Respect unifies, emphasis on unrelated differences splinter.