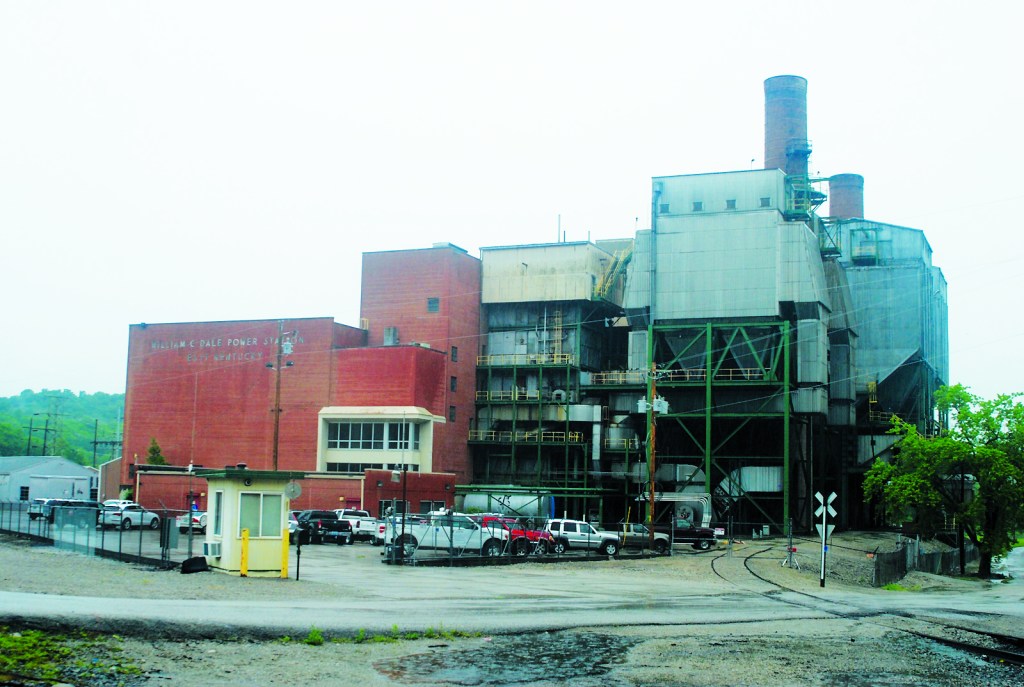 East Kentucky Power Cooperative announced plans in May 2018 to demolish the six-decade-old Dale Station Power Plant, which sit on the Kentucky River, over the course of the next year. (Photo by Fred Petke)

Residents had their chance to ask questions about the impending demolition of Dale Station Thursday evening in an open house at the power plant.

Officials with East Kentucky Power Cooperative announced in May that the power plant would be demolished in the coming year. EKPC External Affairs Manager Nick Comer said most of the work will be inside the structure for the first five to six months between cleaning and removing a “significant” amount of asbestos, which can cause health issues from long-term exposure.

Demolition of the structure should begin in December and continue through May 2019, Comer said. The contractor for the project will pull the building down in sections, and the debris will be hauled away, he said.

The power house, named for EKPC President William C. Dale, was built beginning in 1951 for the sum of $12 million with two 25-megawatt generators. By 2010, it had four generators and employed 64 people, according to EKPC.

By 2014, the utility announced plans to begin shutting down the power plant as it was falling behind federal environmental regulations. The cost of retrofitting the plant factored into the decision to close it completely in 2016.

“It was certainly tens of millions of dollars to make it compliant,” Comer said. “It didn’t really make sense.”

Demolition, on the other hand, is expected to cost about $5 million.

Comer said EKPC will maintain the property and continue using it for transmission and switching lines. A few small buildings on the 60-acre site will remain, but there are no definite plans for other uses for the site, he said.

“It still has value,” Comer said of the property.

EKPC recently completed a project to remove 360,000 truck loads of coal ash from the property and dispose of it in a landfill at EKPC’s Smith Station in Trapp.